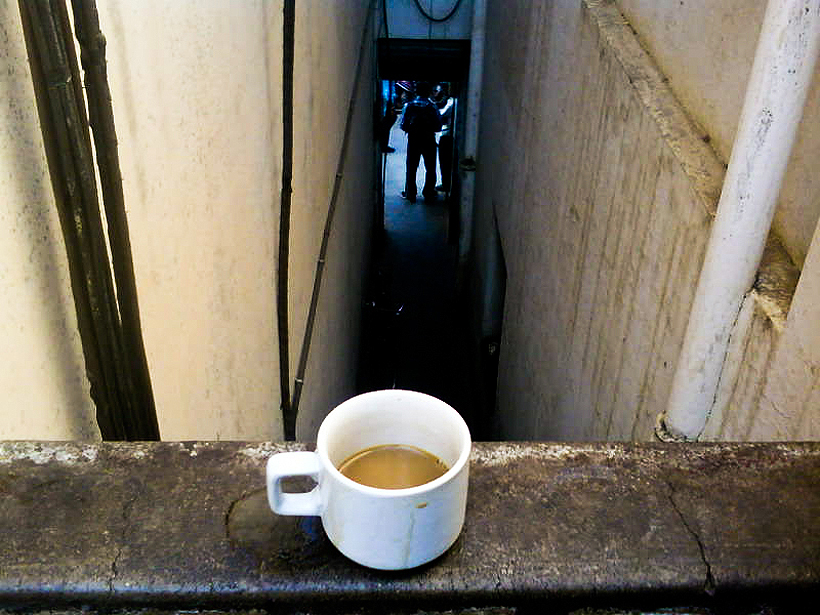 Indian Coffee House on MG Road was where staffers of the next door Deccan Herald newspaper used to go every evening, not to eat toast or dose, but to enjoy a good Gold Flake or a Navy Cut.

It was shut down in April 2009, and was shifted to Church Street, behind MG Road. 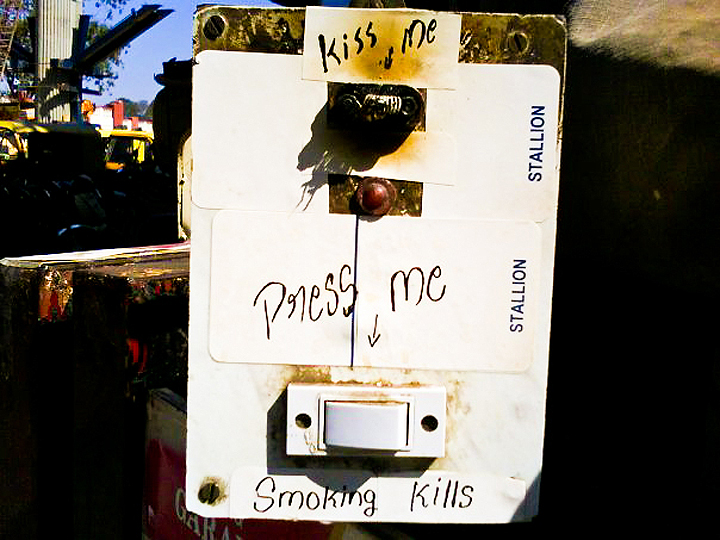 There was a cigarette shop outside the old Indian Coffee House (it might still be there). The cigarette man decided to play humour to customers who light up. In the background one can also see a Bangalore metro pillar in the initial stage of the project.

Also read : 'Coffee minus the smoke' in the discontinued short takes column Salt and Pepper in the Times of India, Bangalore.

(Photo shot with a cellphone camera in 2007)