Highway 39: Journeys Through a Fractured Land 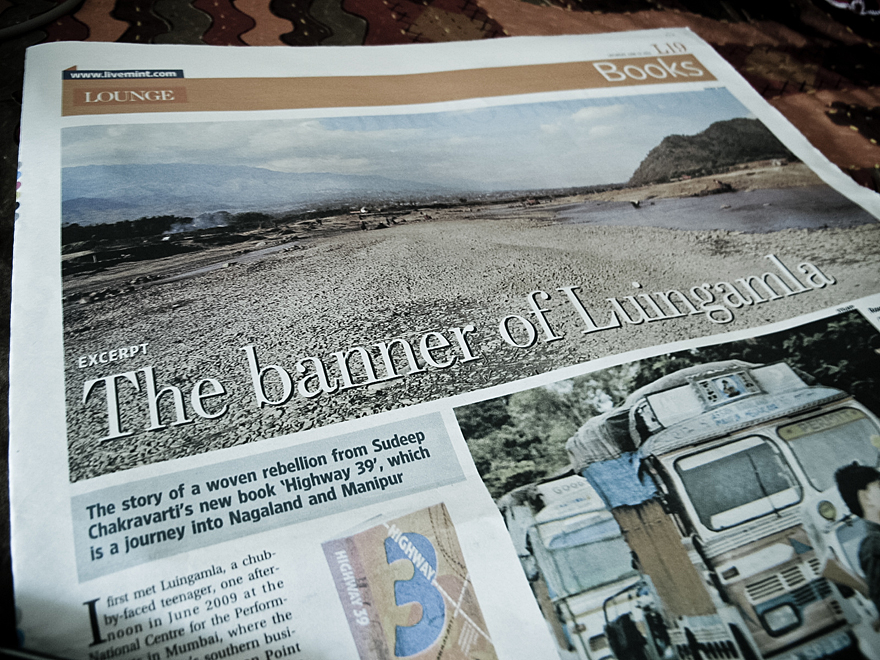 Excerpt: I first met Luingamla, a chubby-faced teenager, one afternoon in June 2009 at the National Centre for the Performing Arts in Mumbai, where the cleft of the city’s southern business district of Nariman Point meets the sea. She formed the introduction to the programme I had come to attend, ‘Woven Tales from the North East’. 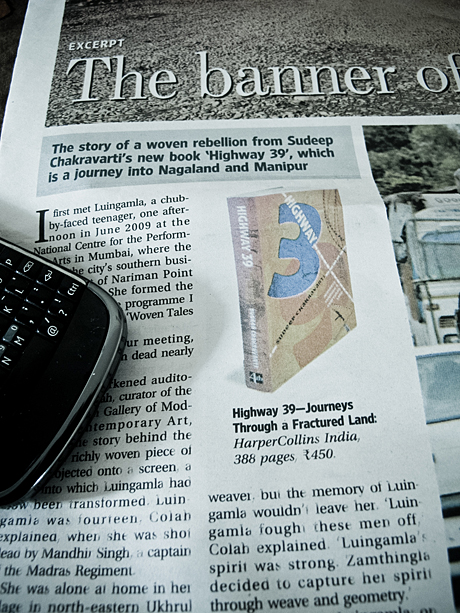 At the time of our meeting, Luingamla had been dead nearly twenty-five years.

In a small, darkened auditorium, Zasha Colah, curator of the city’s Nicholson Gallery of Modern and Contemporary Art, described the story behind the image of a richly woven piece of fabric projected onto a screen, a fabric into which Luingamla had now been transformed. Luingamla was fourteen, Colah explained, when she was shot dead by Mandhir Singh, a captain of the Madras Regiment.

She was alone at home in her village in north-eastern Ukhrul district of Manipur, which the Manipur government spells as Naimu, but those of her tribe, the Tangkhul Naga, retain the traditional name: Ngainga. Her family was away at church, it being a Sunday. Luingamla among her six siblings did not possess adequate footwear to appear before God—the family was very poor—so she had remained at home.

In her calm way, Colah told the four dozen or so of us in the audience—a smattering of society ladies, designers, students, and the odd ones out like me—who had gathered for a series of talks and presentations on fabric and tradition of weaving in northeastern India, that Captain Singh and a lieutenant entered the girl’s home. Finding her alone, they raped her. When she resisted, Captain Singh shot her dead.

The year was 1986. The hill regions of Manipur were gripped by counterinsurgency operations against Naga rebels by the Indian Army and paramilitary. The brutal behaviour that had characterized such operations in the 1950s and 1960s had lessened in volume, but not practice.