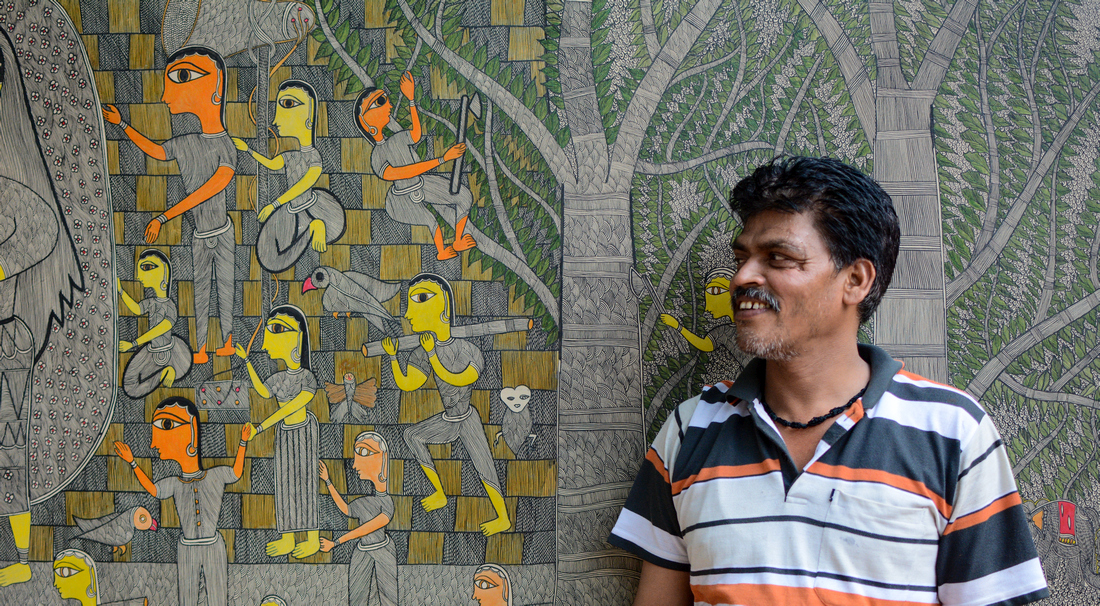 Meet Ajit Kumar Jha. An artist who specializes in large Madhubani paintings. His current project involves creating an impression on a large wall, about the height of a passenger bus and the length of two cars back-to-back, at the National Crafts Museum (or Crafts Museum) in New Delhi.

The painting is not complete yet. Ajit has already put four months into it. He says it might take two more months before he shuts his only paint box.

"It's about the environment," he says, pointing at the wall. There seems to be a forest on the right, some traffic towards the left, people on wheelchairs and the sky in grey.

How did he end up at Crafts Museum? "My parents used to work here. We came from Samastipur (in Bihar). I used to play around with paints a lot," Ajit says. His 42nd birthday just went by.

He has received no formal training in Madhubani painting. He says it all comes from his head, made possible by years of plain old practice. He also rarely uses measuring tools.


"I don't know... I make a mental image of the wall as if it was a page. Then it becomes easy to apply the right scale on each object on the wall," Ajit says. His goal is to win a "national award". He did not say which national award though.

The Crafts Museum takes its artists seriously. It also takes great care to ensure the exhibits do not get damaged. Photography is not allowed on the inner premises where life-sized models of traditional Indian houses are on display.

But in giving an entire wall to a Madhubani artist who has never had wide exposure and formal training, to create something that he feels deserves to be created, the Crafts Museum comes across as an original place that cuts through the bureaucracy poppycock for the sole purpose of preserving Indian art.

If you are in Delhi, you might want to skip the mall at Saket and visit Crafts Museum someday.

And, by the way, Cafe Lota. 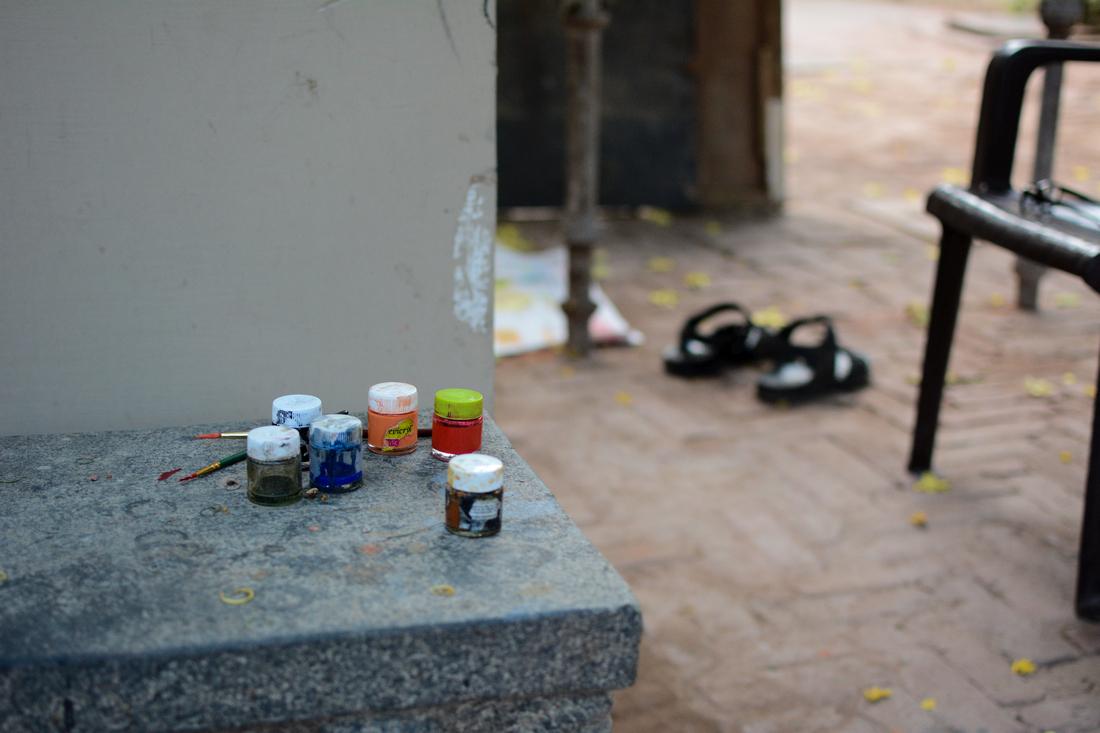