Manipur in a funk 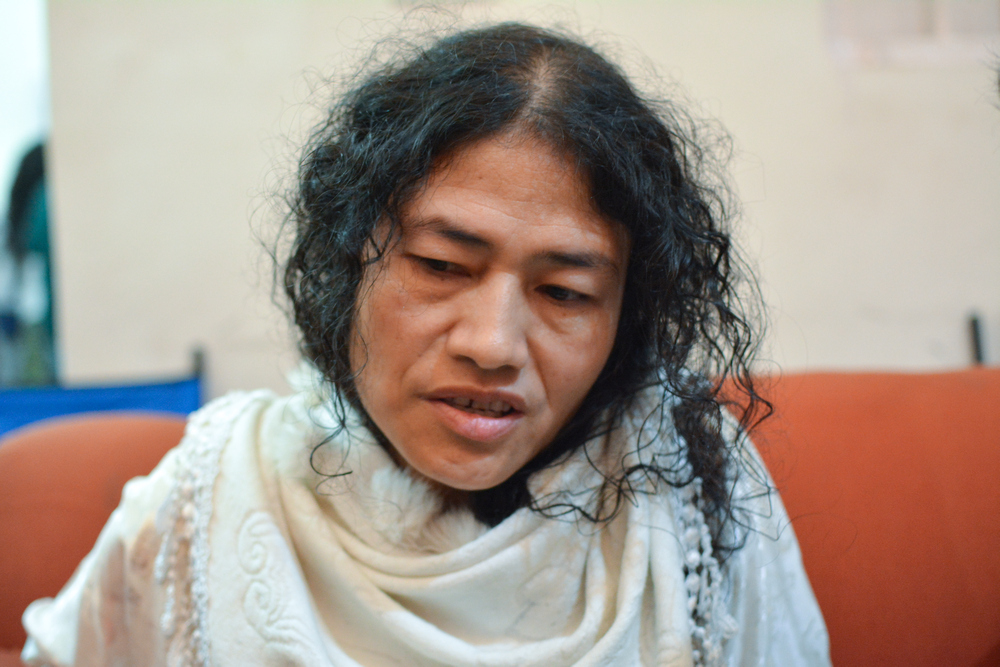 This is what is left of a person at the end of 16 years after being force-fed a liquid diet.

Some centuries ago, probably in the year 1717, the Manipur king decided to play host to Shantidas Adhikari (as he was known), a rock star from Sylhet (now in Bangladesh). Shantidas persuaded the king to convert the people of Manipur to Hinduism, the Vaishnavite strain to be exact. 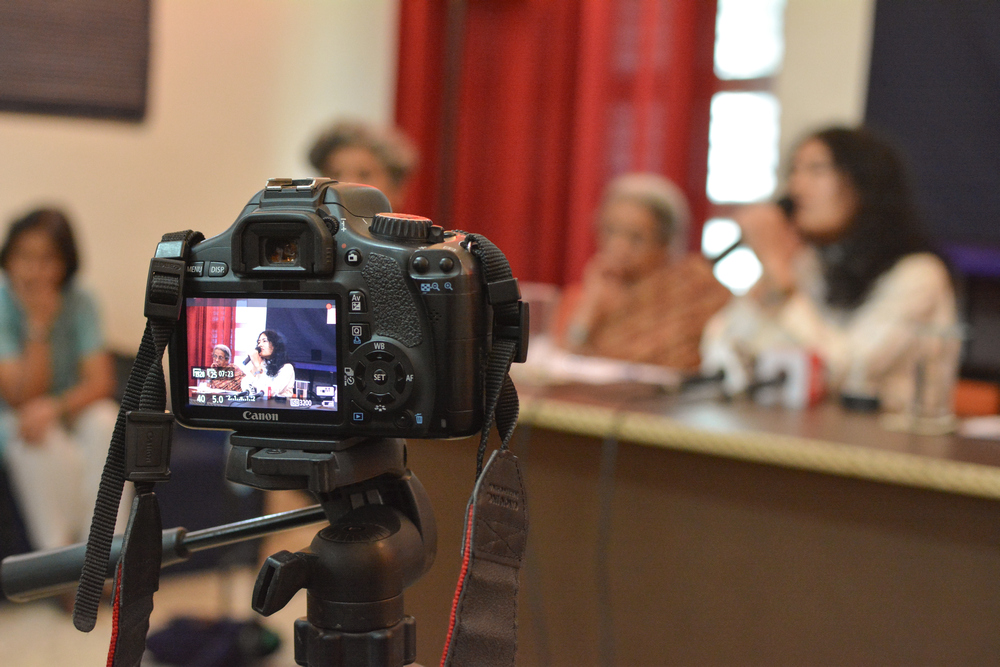 According to some intrepid Manipur historians, who have lived long enough not the feel the searing pain that wakes up a person after a bullet has made its way through the knee or whose children did not get kidnapped and killed, the rock star probably told the king it was a "clean" religion. Screw the tribes in the hills and jungles. Dare to be different, make your own destiny, think out of the box - Shantidas told the king the same bull that 21st century youngsters in suit and boot, who sat on the first bench in school and survived last-bench bullies, and now masturbating on investors' money say to BA Pass delivery guys.

A few sober advisers of the king did not like the idea. They went to the king and said: "You take the blue pill, the story ends. You wake up in your bed and believe whatever you want to believe. You take the red pill, you stay in Wonderland, and I show you how deep the rabbit hole goes."

The king returned to his chamber, slammed the door, perhaps nailed it as hard as the bad guys did in The Hateful Eight inside a wooden cabin on a cold, snowy evening, and did not come out for some days. On the ninth day he walked out from the front door and told his minions to hang the advisers. A court historian did write a peculiar entry in the royal logbook. A handwritten footnote in elaborate Palatino Linotype (could be fake, Manipur doesn't care about keeping records) on the 66th page says, "King garden ditch diggers reported seeing a man sneak out from the back window. We believe man was from Sylhet."

The story has different versions, but the plot agrees with only one narrative—Shantidas converted the Meetei people of Manipur, whose religion was Sanamahism, to Vaishnavism, a branch of Hinduism.

Centuries later Manipur saw more conversions. The people swung like a yo-yo: communism, Congressism, insurgecyism, corruptionism, policism, Central Pay Commissionism, sarkari jobism, bribism (still in vogue), and the latest fad, according to house sparrows, is bhaktism, but more of a wannabe type than the idealist type.

The Manipur assembly election is scheduled in 2017. You bet it right now and go home richer after winning it, the Bharatiya Janata Party is coming to power in the border state.

Manipur has always supported the government that is in power in the centre because money.

The state produces shit. It survives on central grant. Every car you see on the road is bought with government money that came by way of salary. Talk to any senior State Bank of India officer in Imphal who manages auto loan and you will get more dope than you will ever need. Which obviously means sarkari naukri is the only naukri you could have to live a decent life. This is kind of true in small towns across India, but it’s a bit more desperate in Manipur.

A popular local joke, if you want to hear, is that the amount of tax refunds in Manipur is five times more than the amount of tax paid. Not because people are saving, but because NGOs. Every family is either an NGO or is connected to an NGO. The money you paid for that undrinkable beer brewed by Vijay Mallya's company might count as tax-deductible donation. Take away the pop culture protest on Facebook against the government's crackdown on NGOs, and you will find Manipur lost the most in India.

The Congress party has spent the longest time in Manipur and the centre as well. It has been punctual in paying the state. But house sparrows are squeaking these days that the Bharatiya Janata Party might have a better chance. As we speak there is talk of some legislators jumping over to the BJP.

Most of the funds that the centre send to Manipur are gobbled up by armed groups. It’s an open secret that the current anti-terror drill includes blocking funds to insurgent groups. In other words central grants are drying up. A BJP government in Manipur would be in a much better position to negotiate for funds.

Take a pause though. There is nothing ideological for Manipur in choosing BJP, or any other party. The people have no ideology. They don’t believe in any shit other than the rectangular paper that carries the face of the Father of the Nation. Perfectly sane individuals living outside the state, of the been there, done that kind, also can't resist pathological corruption. They run back to the state the moment they smell a crooked way of fattening their wallet.

That is why the state is lemon sarcastic on every decent human impulse. They can’t stand up for anything. You got to be a criminal to be an innocent person in Manipur.

This is not a talk on insurgency, you would have figured it out by now. Insurgency is a different matter. We will discuss it someday.

For now, over to Irom Chanu Sharmila. 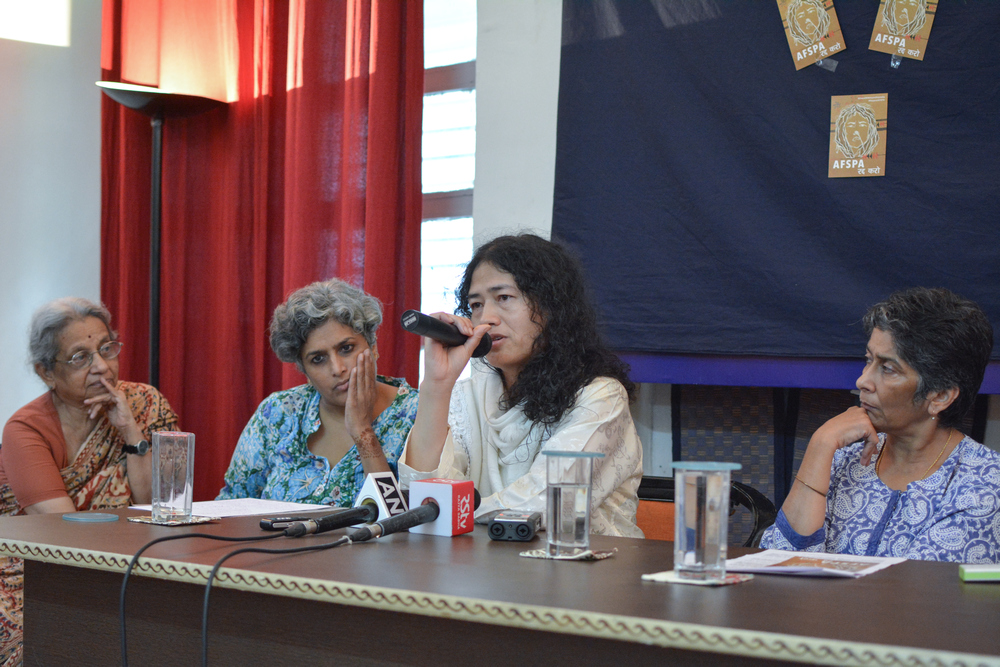 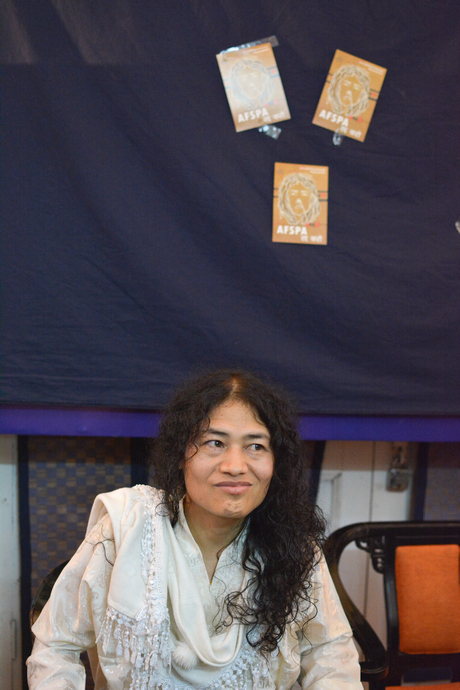 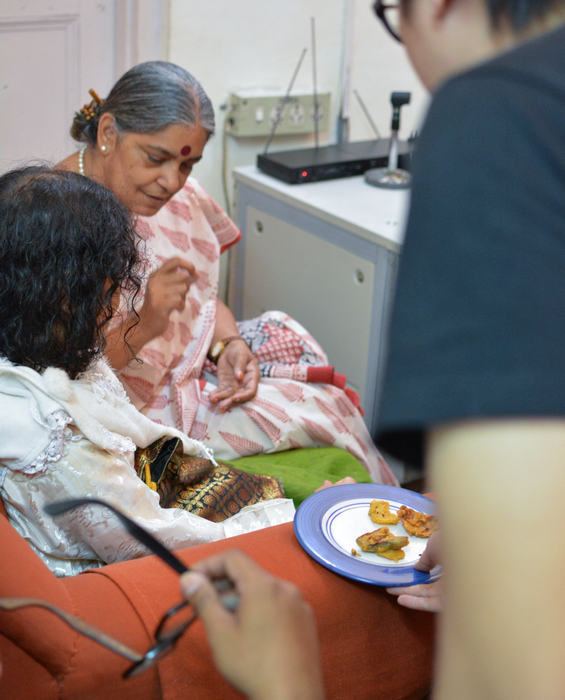 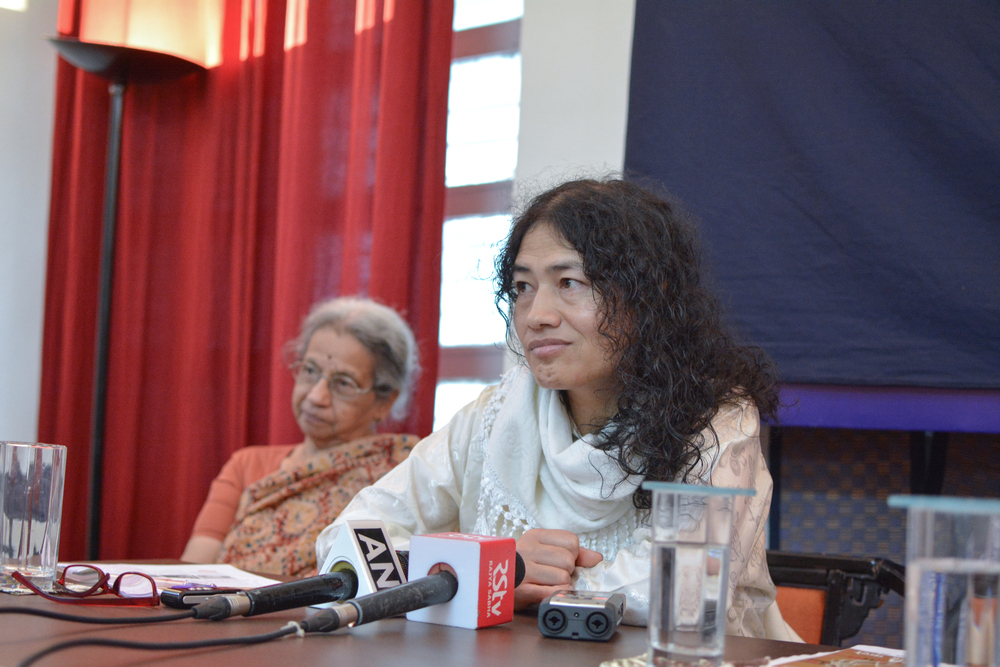 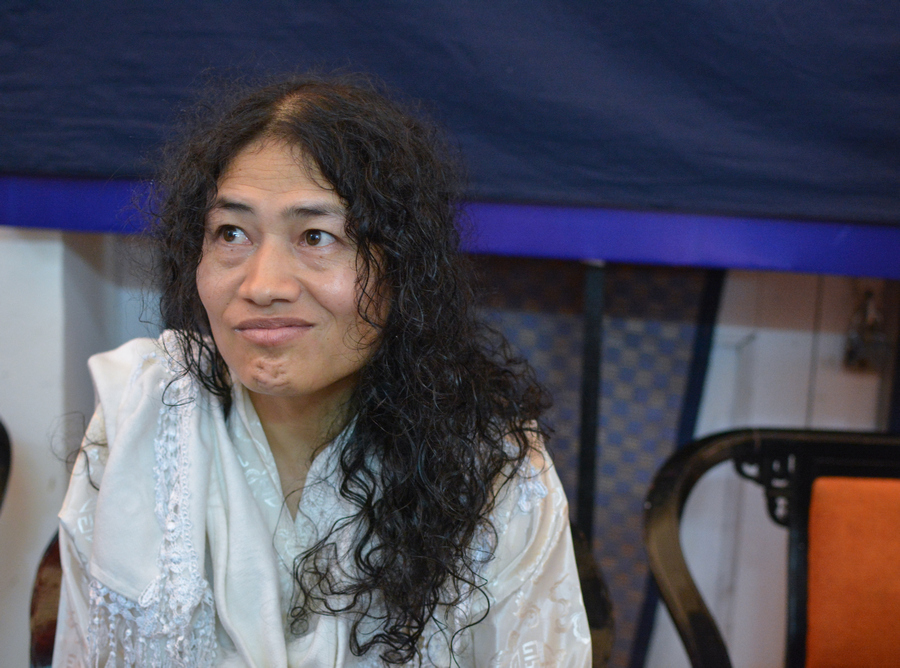 Sent by solidarity group Stand With Irom Sharmila in an email:

“My struggle will continue until AFSPA is struck down,” said Irom Sharmila Chanu, the poet and activist from Manipur whose 16-year long hunger strike against the Armed Forces Special Powers Act has made her a global symbol of non-violent resistance. Sharmila was speaking at a press conference organised by the “Stand With Irom Sharmila: Repeal AFSPA” Campaign, a global campaign endorsed by nearly 1000 women - from pioneers of global women’s movements to grassroot activists who have dedicated their lives to the struggle for women’s rights and freedoms.

Addressing a gathering that listened in rapt attention, Sharmila re-asserted that draconian laws like AFSPA have no place in a democracy. Responding to the question of what her next political steps could be, Sharmila stated that “her first step has been to break out of the isolation imposed upon her by the State and now she is taking her campaign against AFSPA out to the people. It is not a matter of “I” now but of becoming a “we” a collective movement.” Sharmila located her battle against AFSPA within her larger vision of working towards a political system that is clean and transparent, and governance based on equal respect for the multi-culturalism in India, irrespective of the belief systems of those in power. When asked how relevant she thought the demand to repeal AFSPA is in the current political context of the hostilities on the border, Sharmila was unshaken in her belief in the power of non-violence.

“If I was the Prime Minister of India, I would ask the country to think with a cool mind. After all, the people of both countries have friends and relatives on both sides, Hindus and Muslims are on both sides, so negotiation and dialogue should definitely come before any retaliation.”

The Armed Forces Special Powers Act (AFSPA) is a colonial law first promulgated by the British rulers of India in 1942 to try and quell the freedom struggle. It has been continuously operative in several north-eastern states, including Sharmila’s home state of Manipur since 1958. It was also invoked in Jammu and Kashmir in 1990. Under this law, armed forces and other security forces in “disturbed areas” have the license to shoot to kill anyone on suspicion; make arrests without warrants; enter and search any home or establishment; detain and question anyone.

Armed forces personnel and security forces have complete immunity for actions taken under this law, and their prosecution requires prior sanction of the government, under Section 6 of the AFSPA. RTI information has disclosed that Sanction for prosecution of armed forces even for egregious human rights violation has never been granted. Nor is the government’s decision on declaring an area “disturbed” subject to judicial review.

There is a long history of struggle against the AFSPA by ordinary people in all the areas where the Act has been imposed. Women directly affected by the impunity spawned by AFSPA have come on to the streets repeatedly to demand justice for the women and girls who have been assaulted, raped and murdered in states where AFSPA is in force. In 2004, a group of Meira Paibis the famous torch-bearing mothers of Manipur, stripped naked and stood in front of the then army headquarters Kangla Fort, holding a banner saying “Indian Army, Rape Us”, turning the very bodies of women that are targeted, into a powerful symbol of protest. Yet the State remained unmoved.

In a historic judgement on 8 July 2016 regarding 1528 encounter deaths in Manipur that has been under AFSPA for about 60 years, the Supreme Court declared ‘indefinite AFSPA’ a mockery of democratic processes. Over the years, the Justice Jeevan Reddy Committee; Christof Heynes, UN Special Rapporteur on Extrajudicial, Summary or Arbitrary Executions; Rashida Manjoo, UN Special Rapporteur on the Causes and Consequences of Violence Against Women, Margaret Sekaggya, UN Special Rapporteur on Situation of Human Rights Defenders; the UN CEDAW Committee; former NHRC member, Satyabrata Pal; the Working Group on Human Rights in India and the UN (WGHR); global human rights bodies and civil society organisations have consistently called for a repeal of AFSPA and an end to immunity for crimes committed under its shadow.

Speaking at the event, Sharmila, who started her fast in November 2002, reflected on her struggle and shared her frustration and despair at the refusal of successive governments to recognise her fast as a political act of satyagraha. She said that her decision to end her fast on 9 August 2016 has freed her from the forced isolation she has been subjected to all these years, and allowed her to take her protest into the larger public arena. She reiterated her simple question: How can a country that prides itself on being the world’s largest democracy continue to implement a law that violates every tenet of democracy? Sharmila said that she would like to put this question directly to the President of India. She has sought an appointment with the President, to hand over the campaign appeal and signatures in support, and urge him to act to repeal AFSPA.

Addressing the press, eminent feminist historian and women’s rights activist, Uma Chakravarti said, “No one should be above the law, no acts of the state should be above judicial scrutiny and judicial redress. That’s why we stand with Sharmila to repeal AFSPA and are taking the global women’s campaign to the President.”

Vrinda Grover, human rights lawyer and feminist, added “The prolonged application of AFSPA has not only institutionalized militarism and a climate of impunity but has also alienated the public and fuelled a cycle of violence, increasing insurgency rather than dampening it.”

Annie Raja, General Secretary of the NFIW, reiterated that the CPI has consistently stood by Sharmila given their long standing opposition to the unconstitutionality of AFSPA. She also clarified further that “they welcomed Sharmila’s decision to participate in politics and that their solidarity to her struggle is irrespective of her electoral choices.” 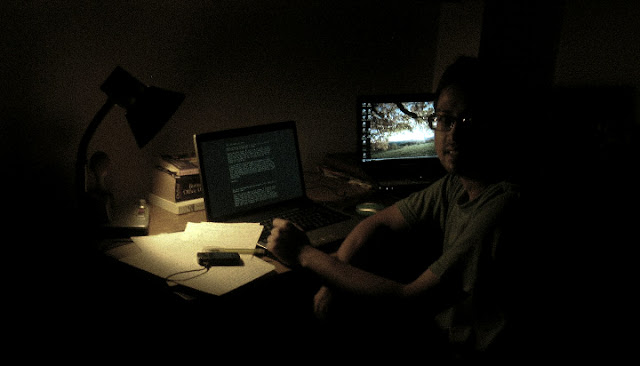