Homes by the tracks, as seen from inside a Rajdhani Express 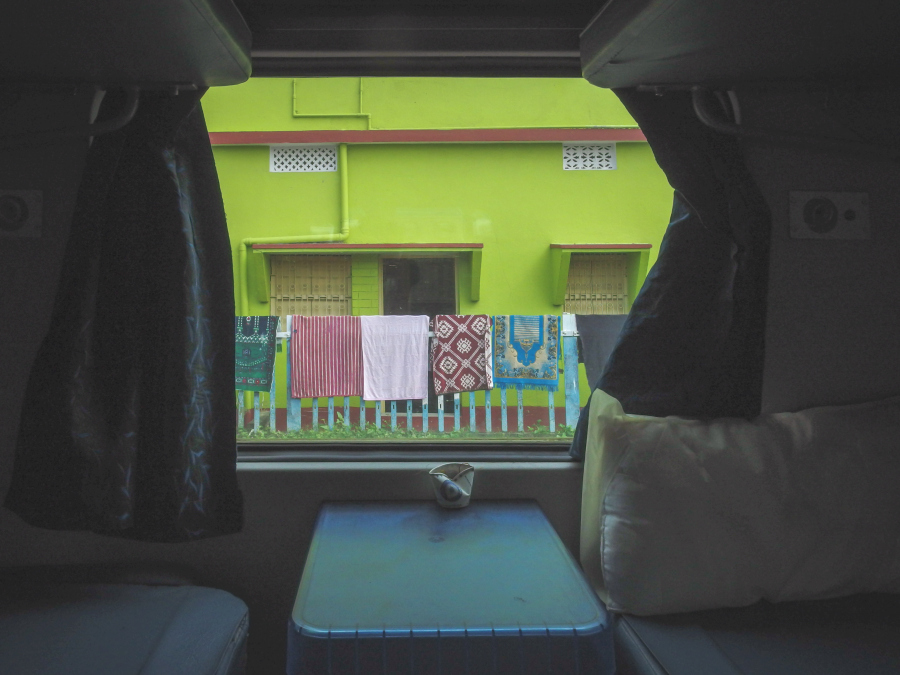 It’s like an old, plastic device with a glass window where photos of some monuments roll by as you see through the pinhole. 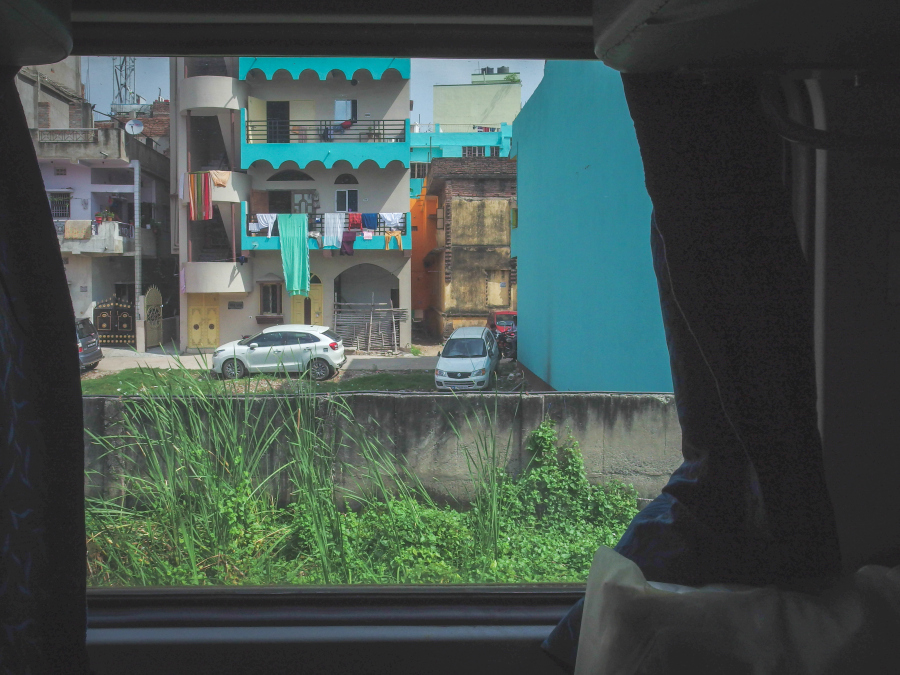 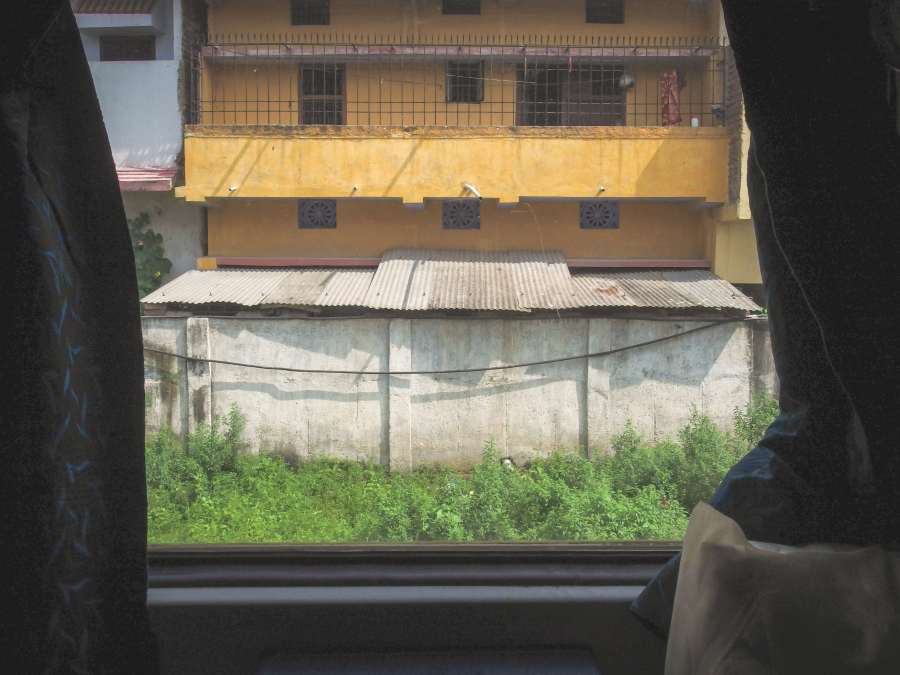 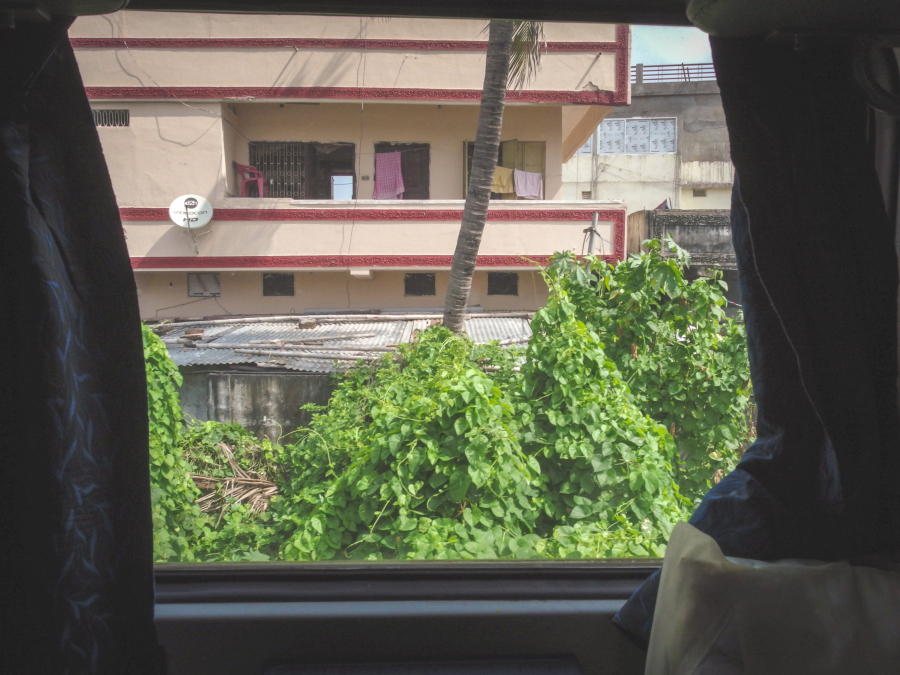 Here’s a view of the colourful homes that you would see just as you are about to pull into Patna junction. Despite the stench and the garbage that usually come along as a given thing near any railway tracks across India, it appears that the people who live in these houses do their best to make their space as liveable as possible.

The colourful touches make them forget the ugly that exists across the wall. 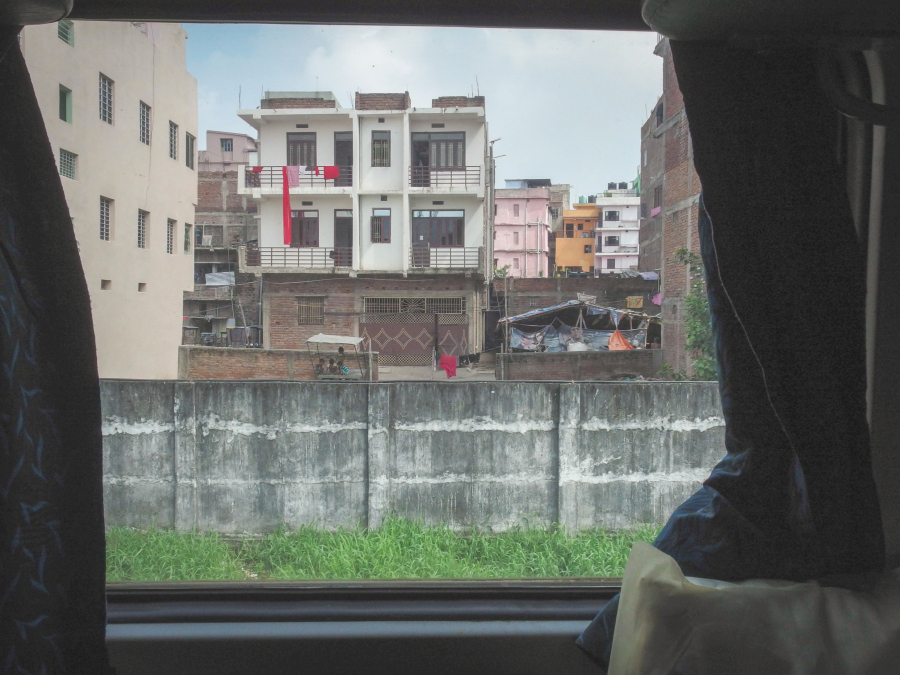 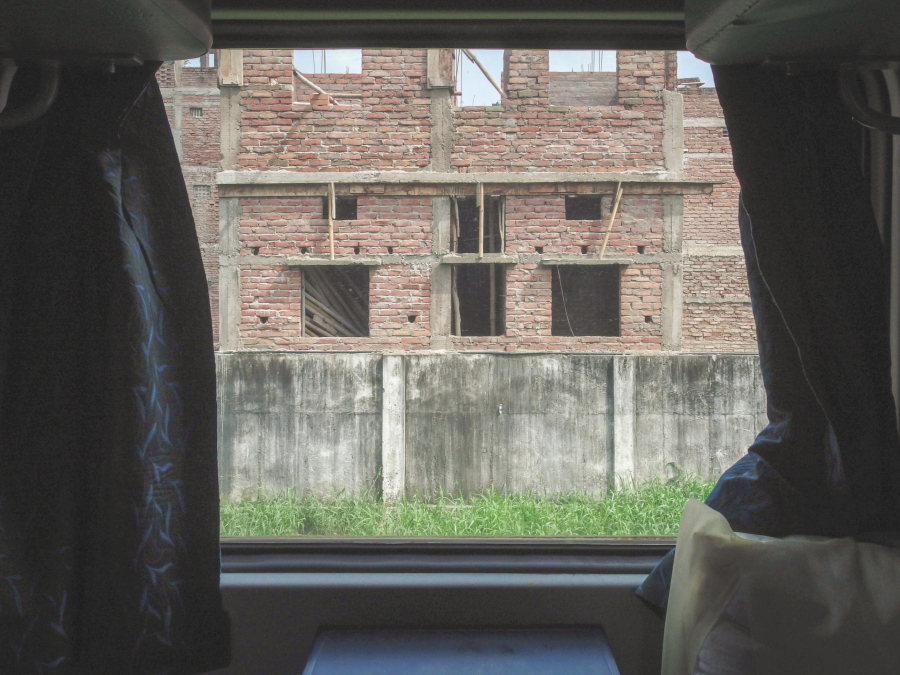 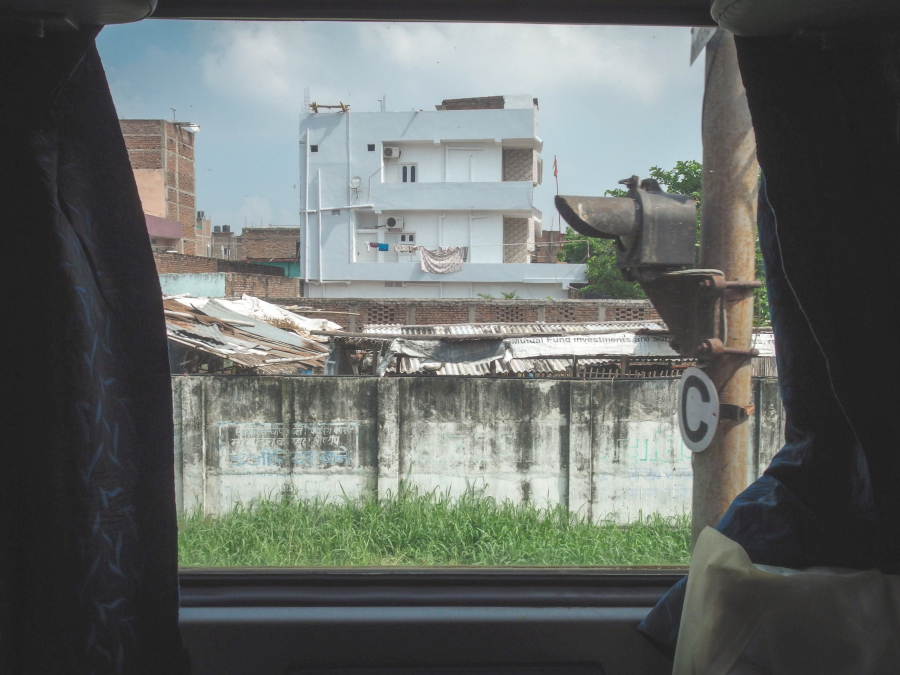 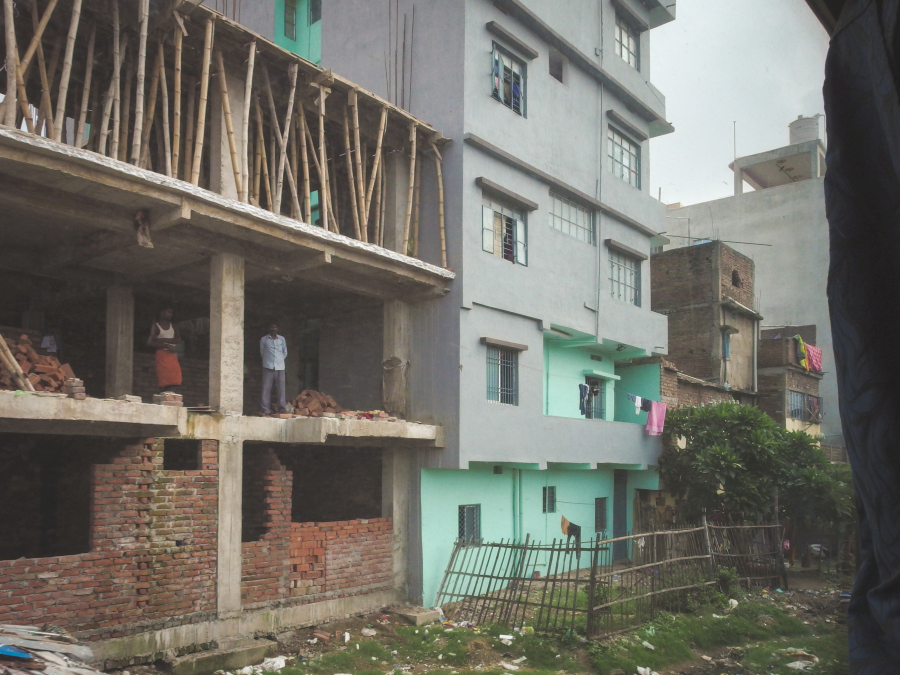 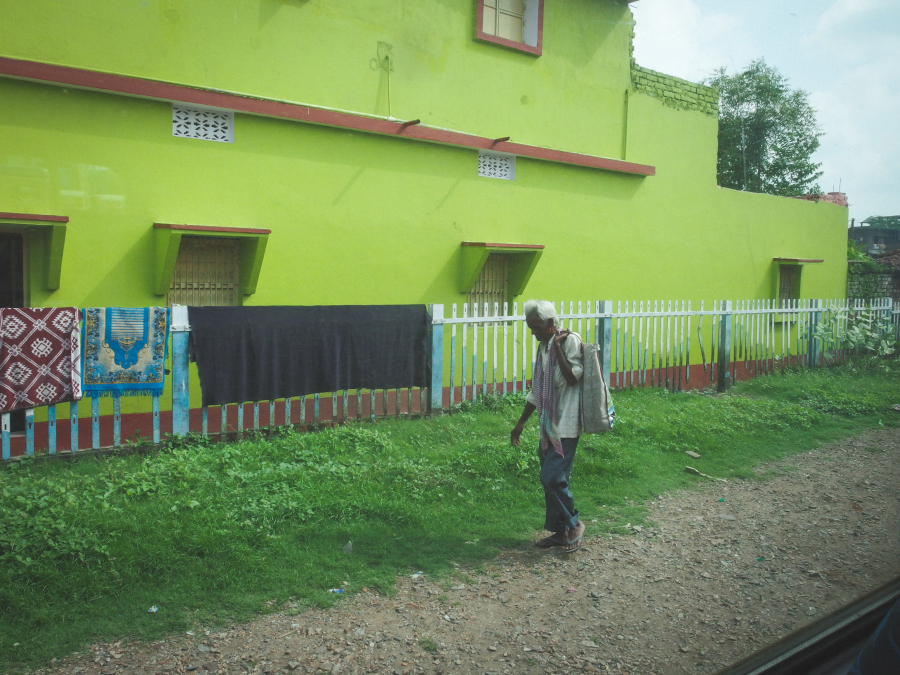 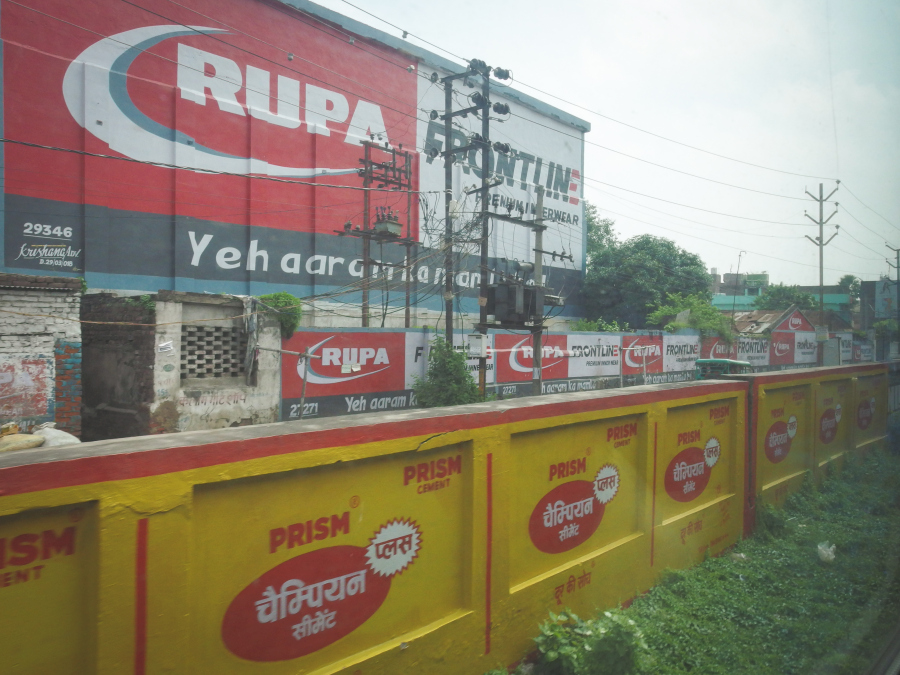 After all, a home, even by the railway tracks, is aaram ka mamla hai.

On board the Rajdhani Express, New Delhi-Kolkata. For more Indian Railways post, read: Going where the tracks take, Chugging into history