Kolkata-Burdwan highway and a bit of Grand Trunk Road 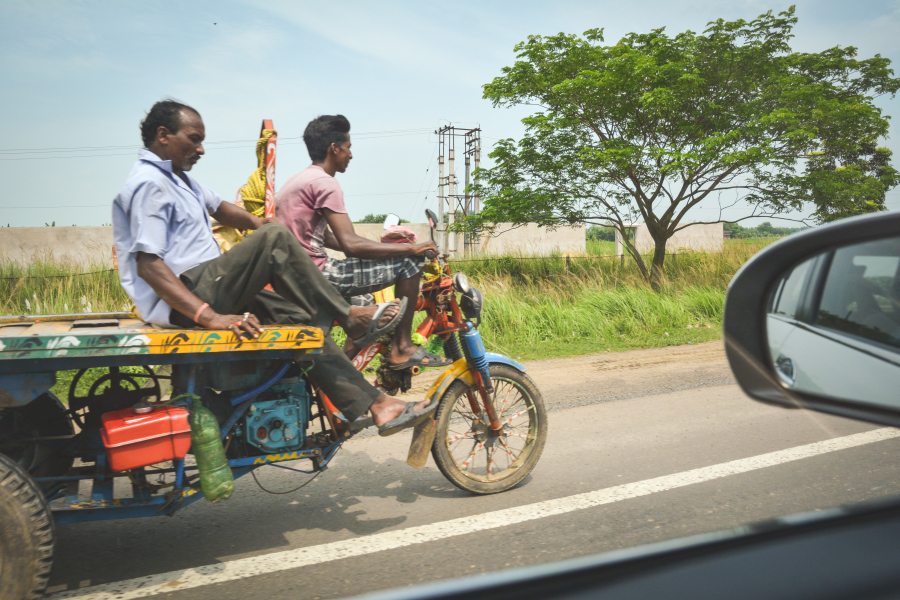 There are many vehicles in India that cannot be put under any category of automobiles, such as this one. They are found everywhere, from city streets to the highways. 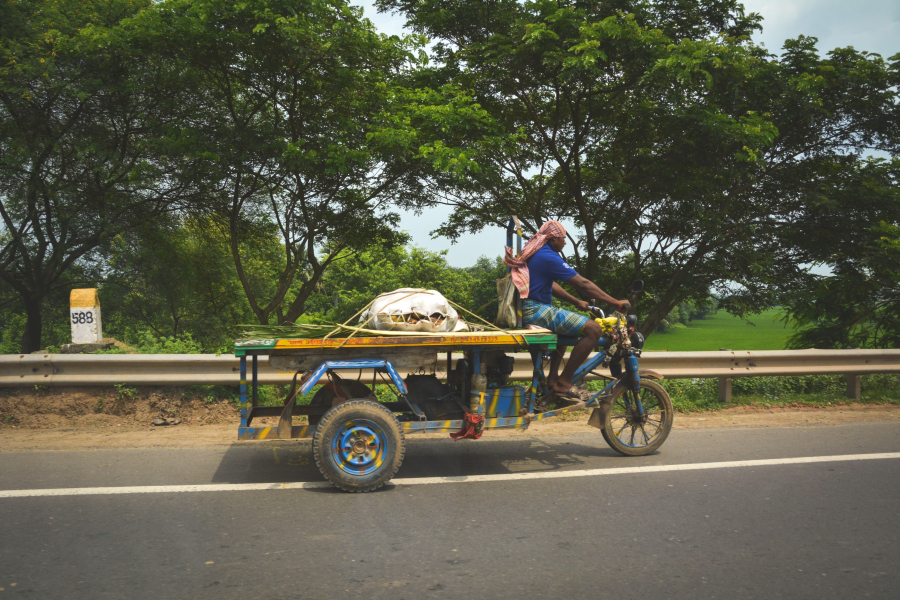 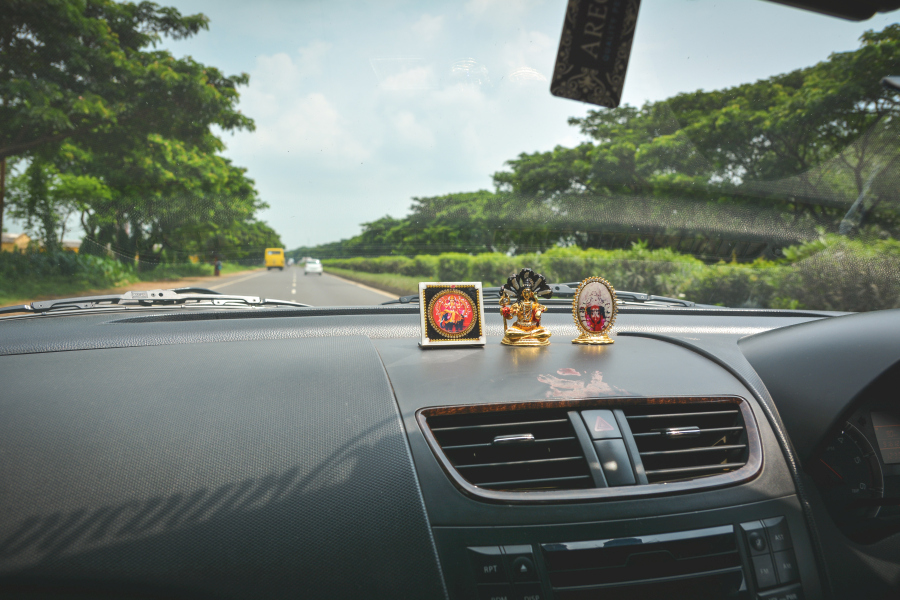 The gods may protect you but don't forget to wear the seat belt. 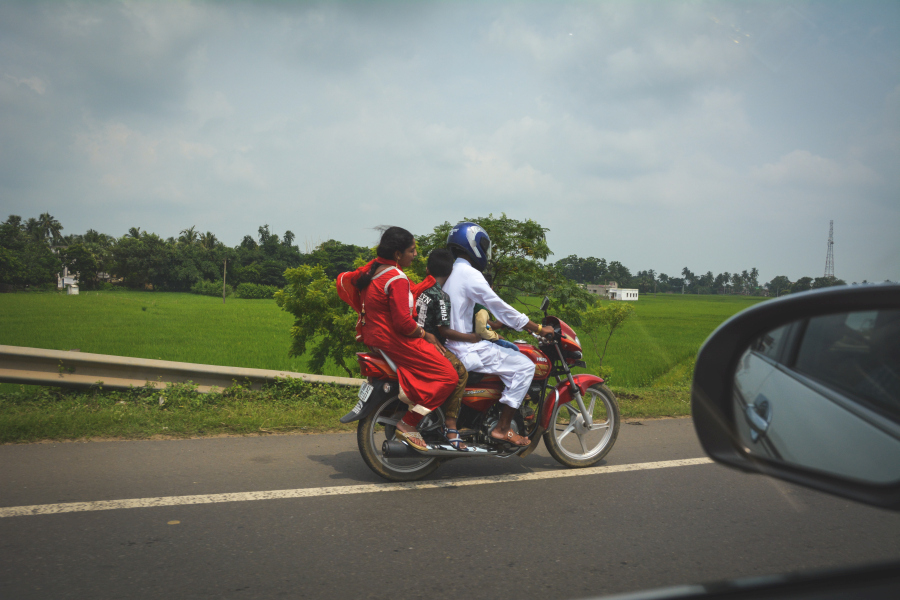 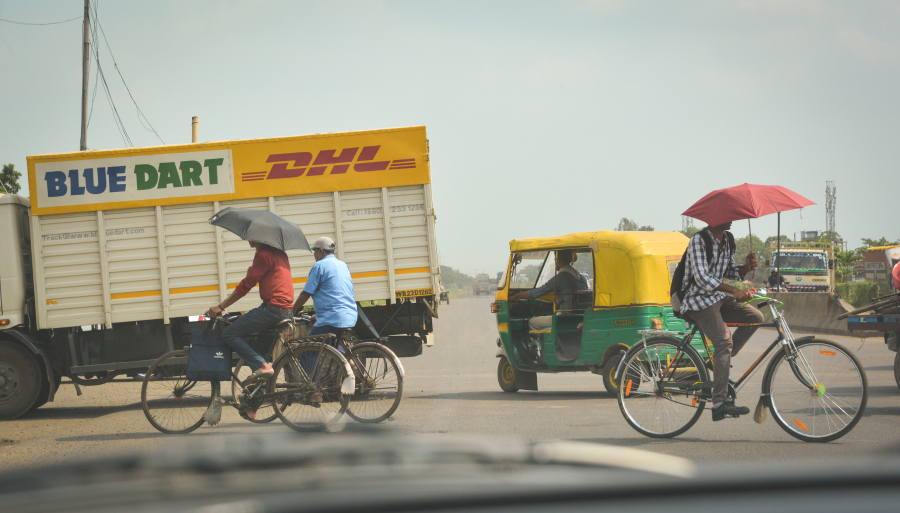 Praying for the rain. 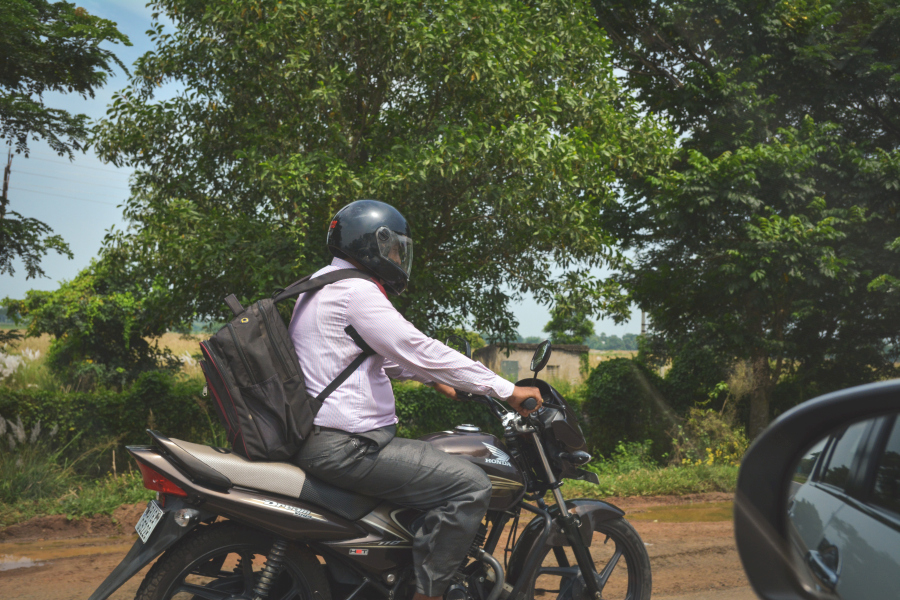 A very common representation of the average working Indian male -- white shirt, dark pants, a kind of laptop bag with a steel lunch box inside, Studds basic helmet and a standard issue Honda motorcycle. Even out on the highway where fast trucks and cars dominate, his two-wheeler potters about unmindful of the dangers. 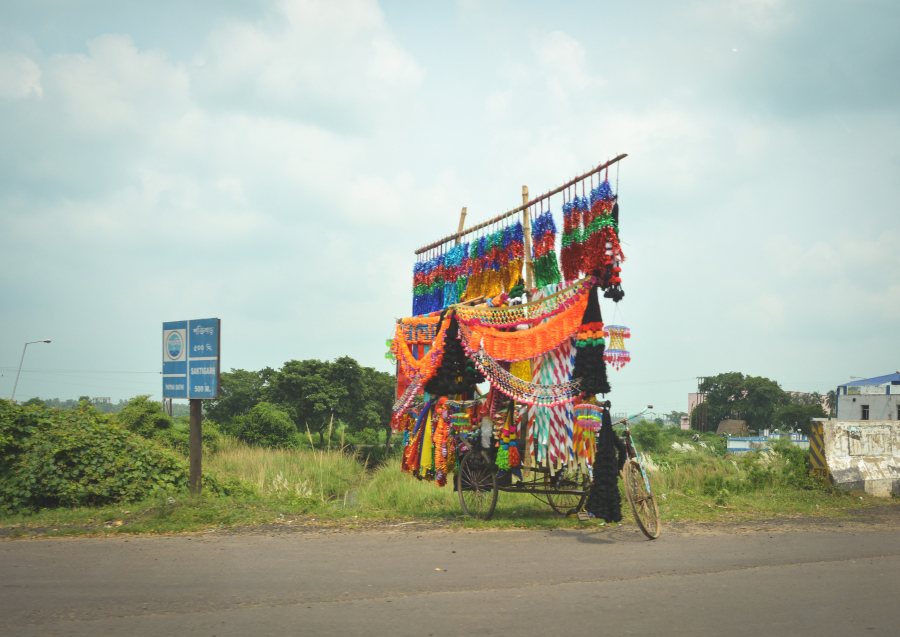 The Kolkata-Burdwan highway is quite nice to drive. It is one of the few roads in eastern India that is as good as the roads on the west coast. Parts of the road is still known as GT Road or Grand Trunk Road, named after the historical route that for hundreds of centuries linked south Asia with central Asia. 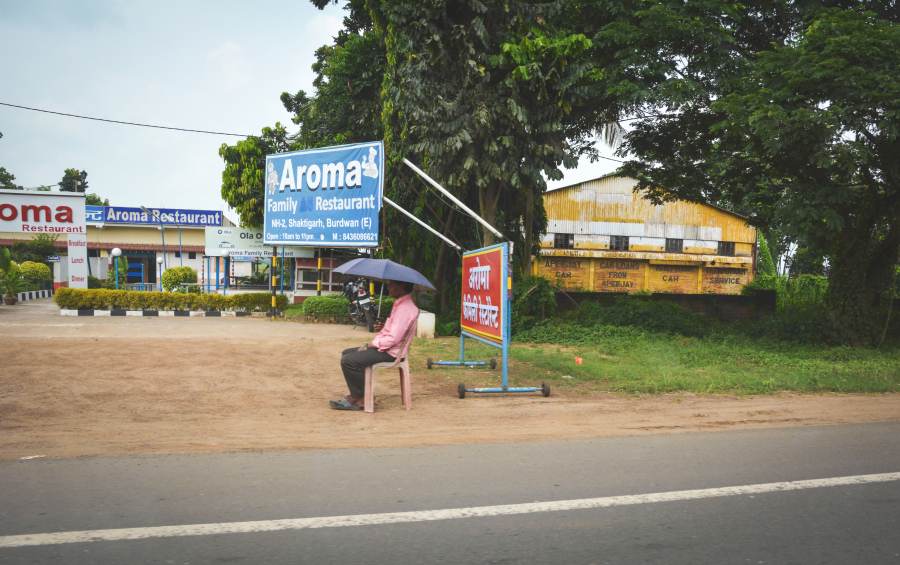 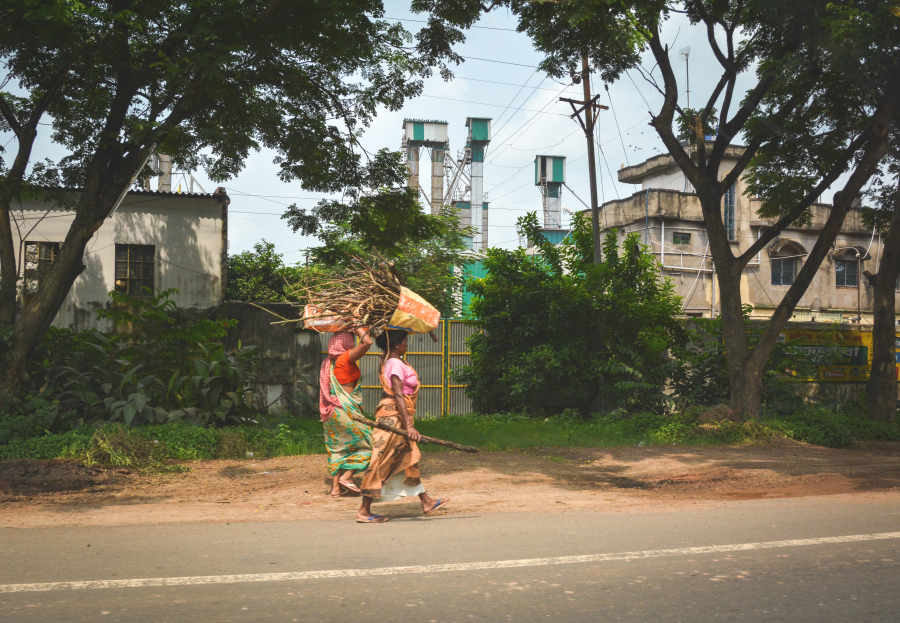 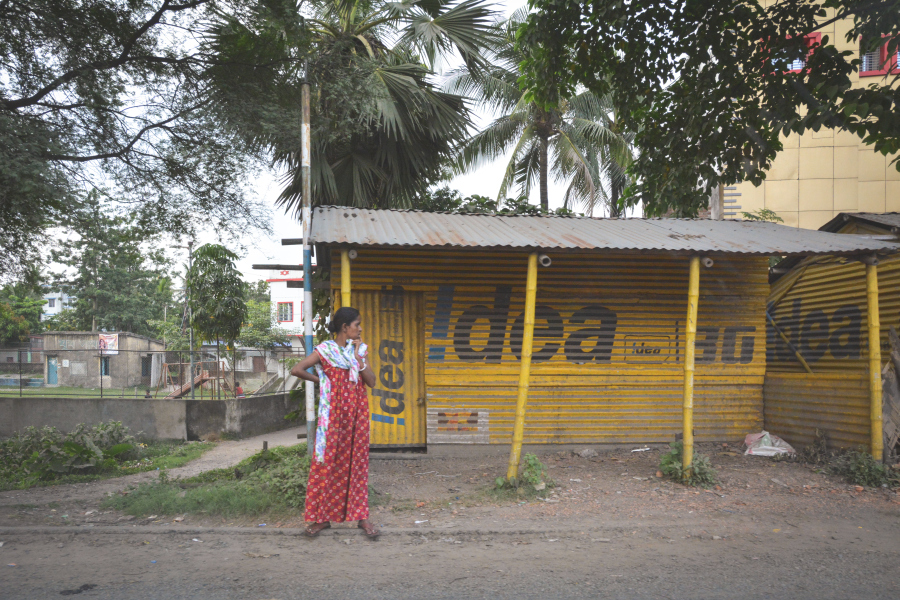 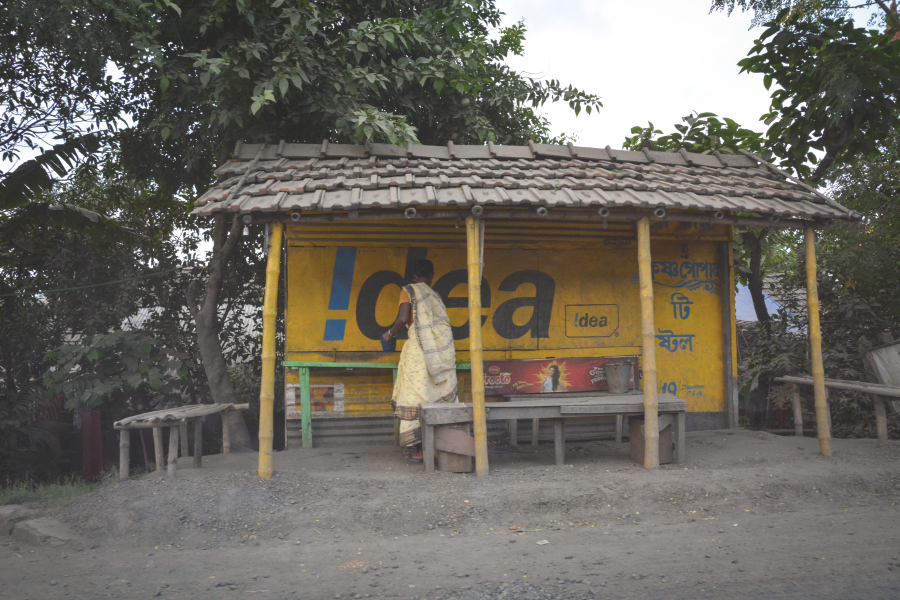 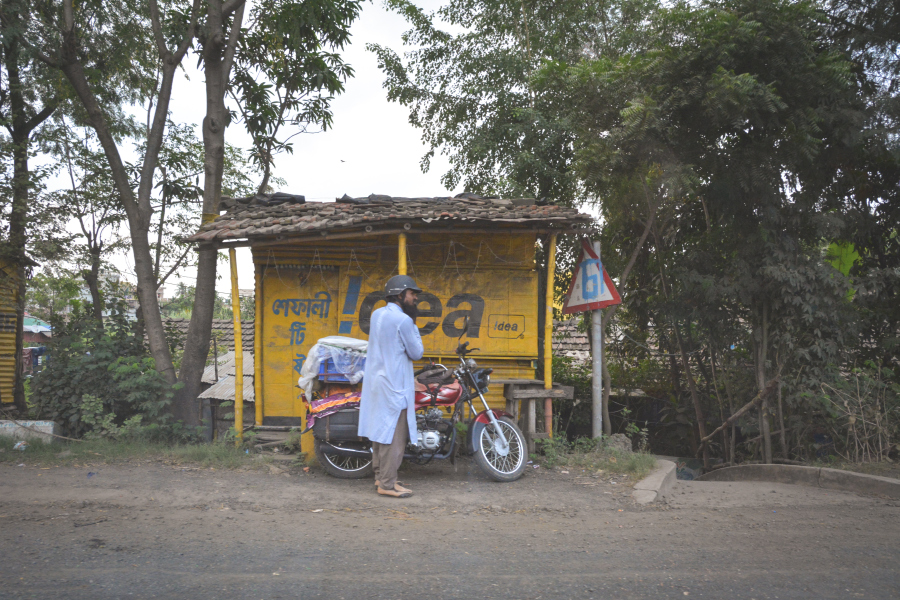 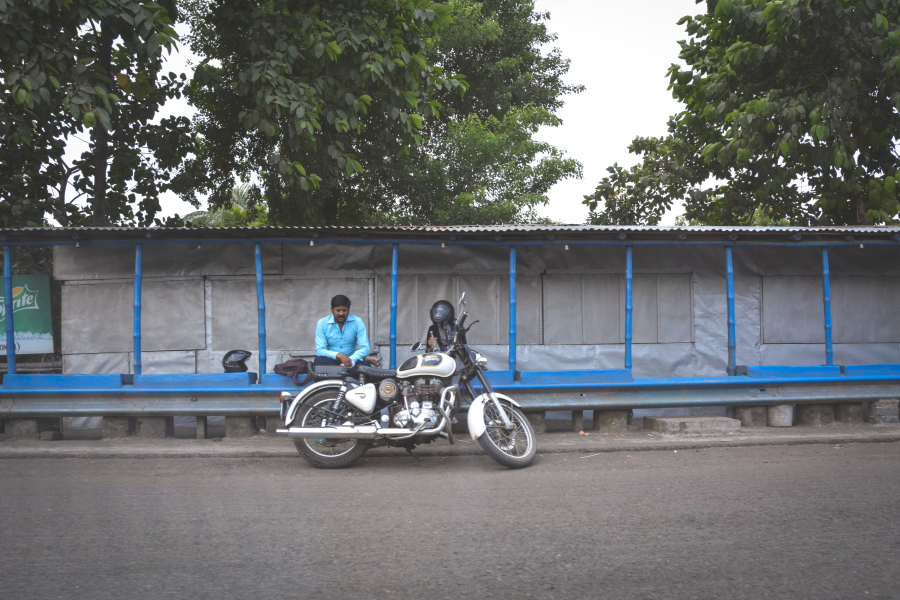 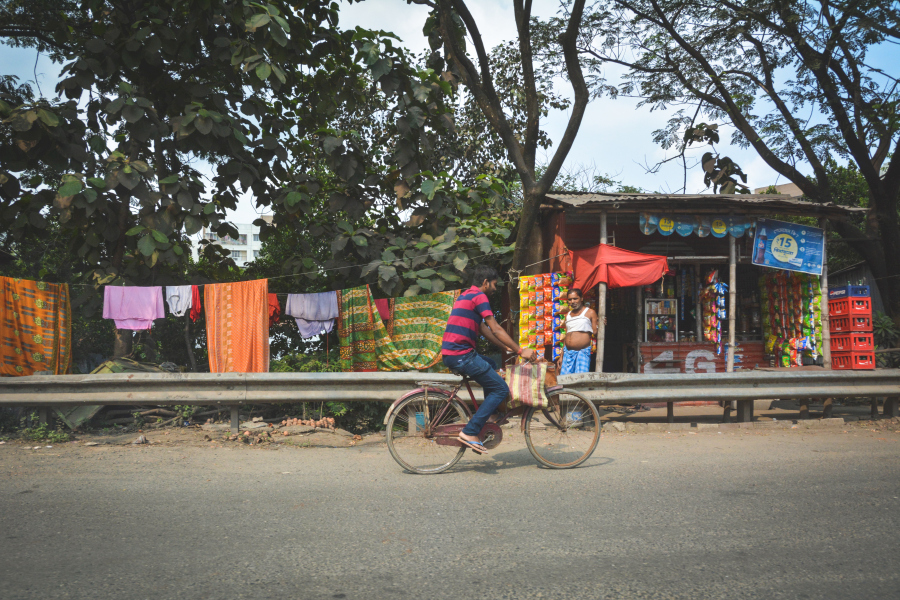 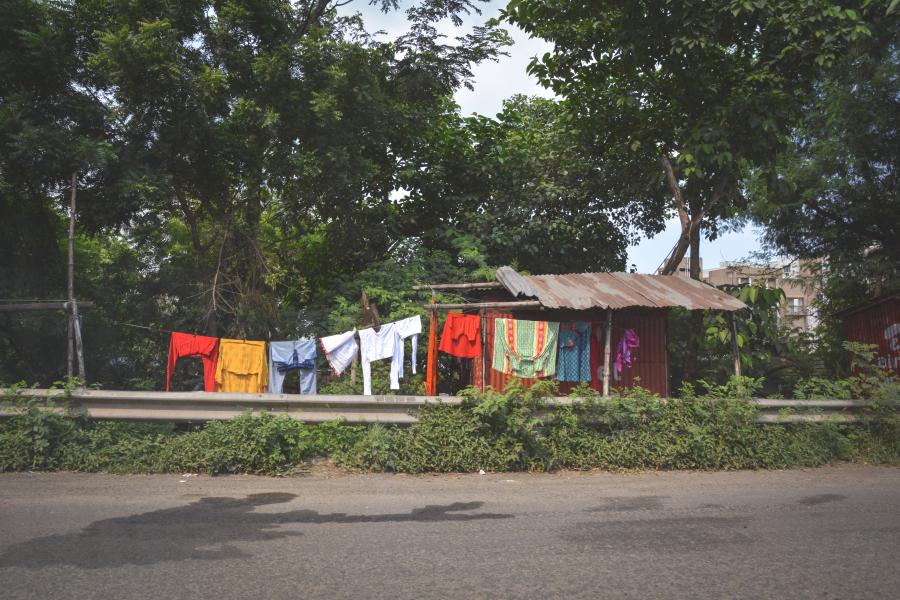