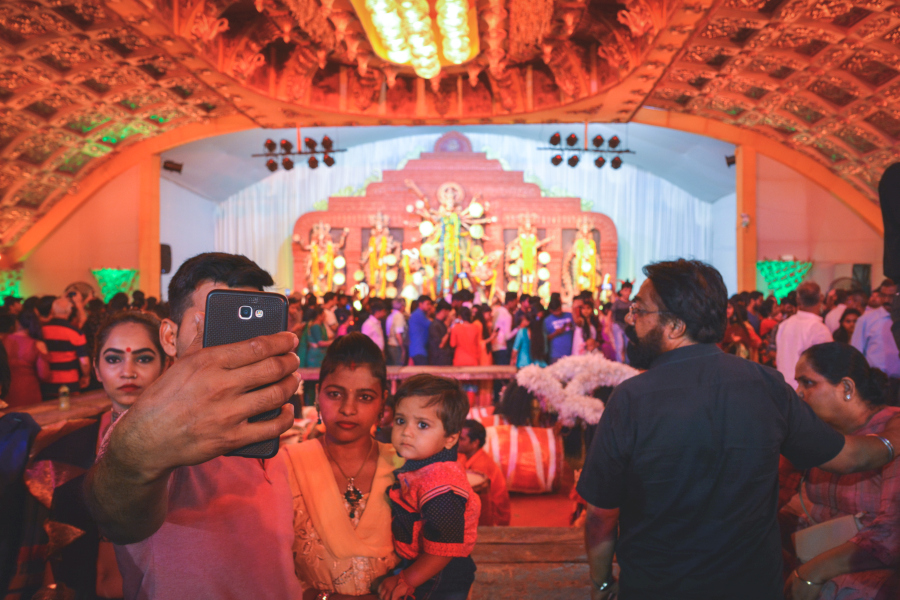 On Navami, a night before the idols of Goddess Durga are to be taken for immersion in a symbolic farewell, the rush to take selfies for the year 2018 is visible on the faces of people who have come to the Durga Puja pandals at Delhi's Chittaranjan Park, a Bengali neighbourhood. 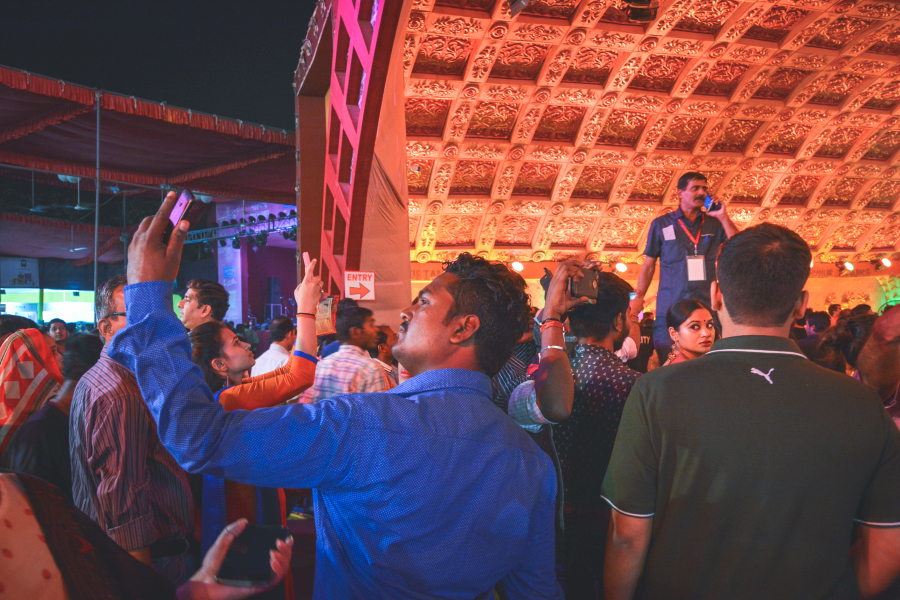 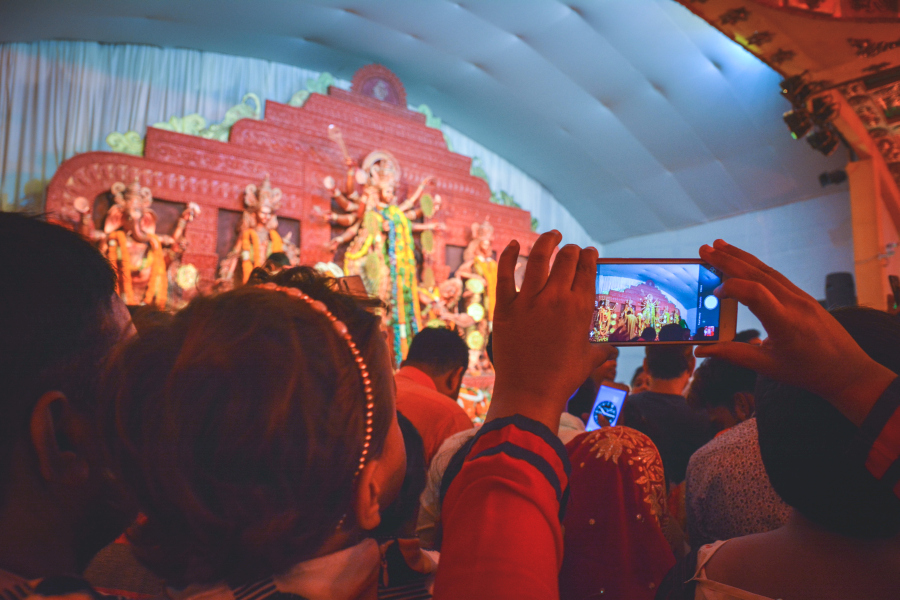 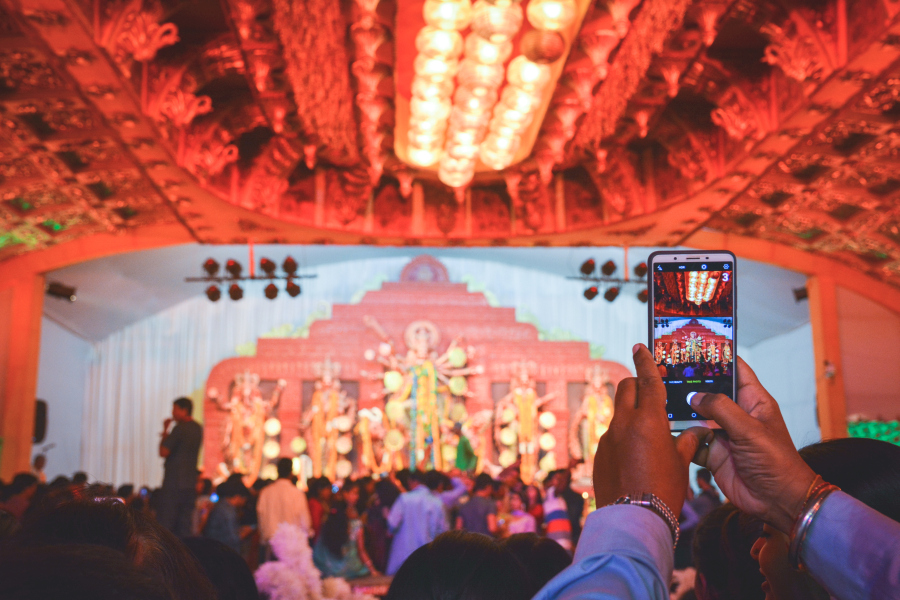 Back in the days, at concerts and religious festivals, you saw no hands up in the air. People would simply be enjoying. And that created lasting memories, not memory card memories. 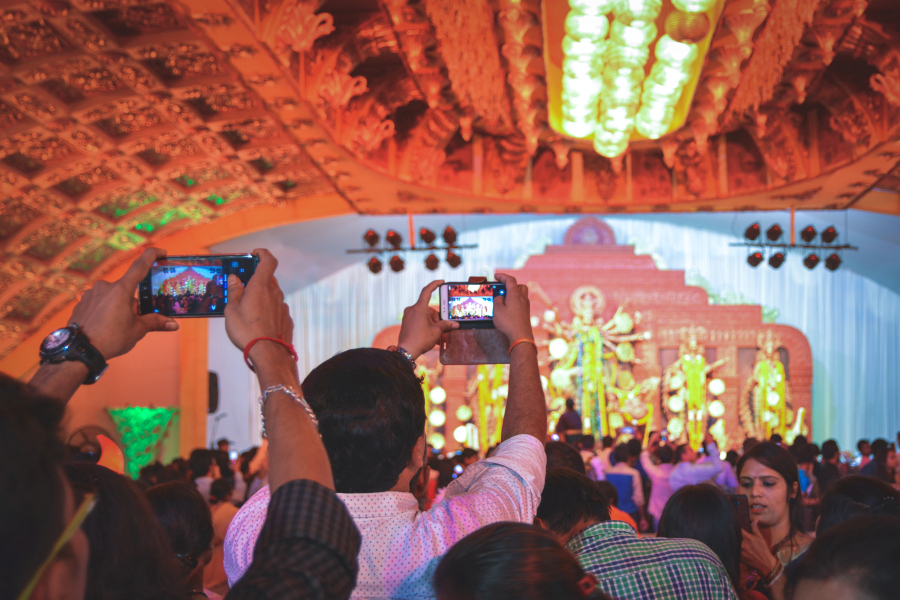 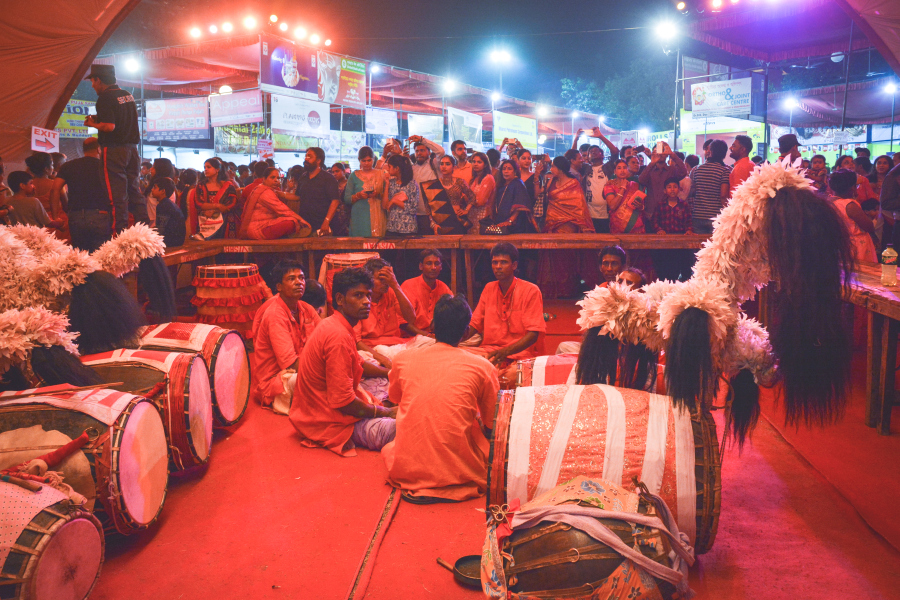 The stars of the night take rest after an energetic performance. 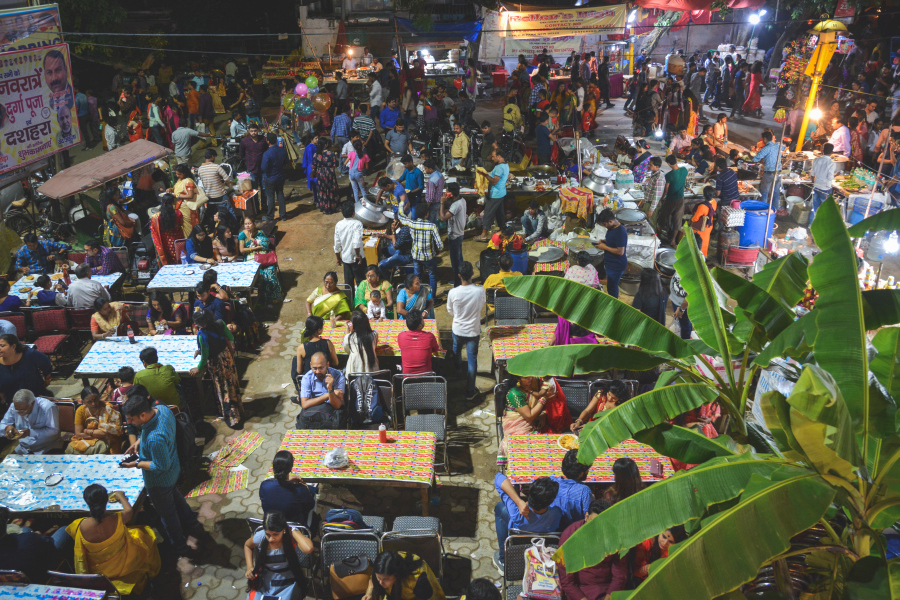 Otherwise a fairly regular place as any other colony market, CR Park's Market No. 1 has been converted into a buzzing open-air food court during Durga Puja. The look of the place changes so much that one would wonder, the next day when the garbage bins come out, whether this was the same place where people in bright, clean festival clothes were having food right there the night before. 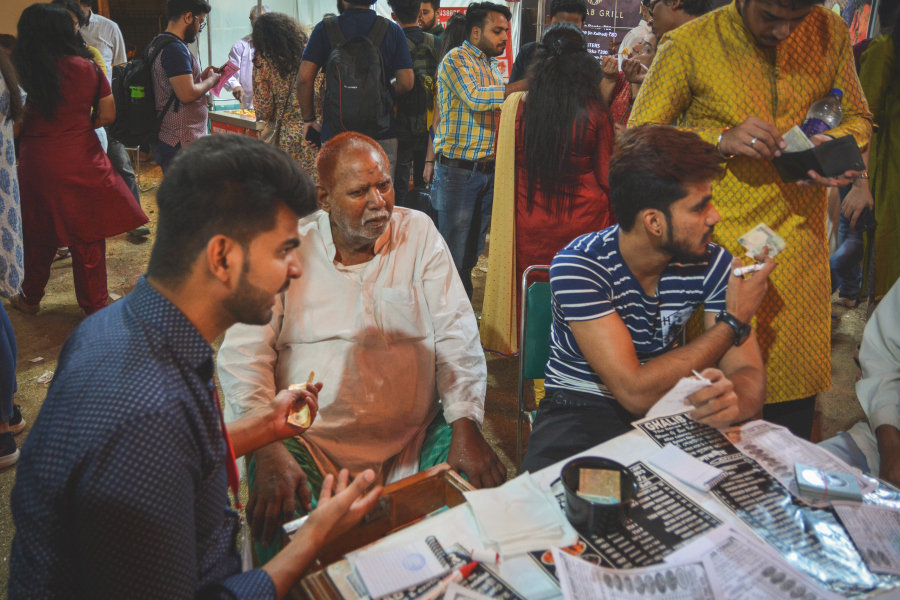 Haneef Qureshi, the owner of Ghalib Kebab Corner at Nizamuddin, opens a stall at a Durga Puja pandal at Chittaranjan Park. Ghalib holds a special place among hostel students of Delhi Public School (DPS), Mathura Road, especially those who studied there between 1980 and the year 2000.

It was considered a rite of passage for DPS hostel students to scale the giant school wall at night and run to Ghalib. Most became night-runners after Class 8. Some brave Class 6 kids also won the coveted title of having been to Ghalib at midnight. 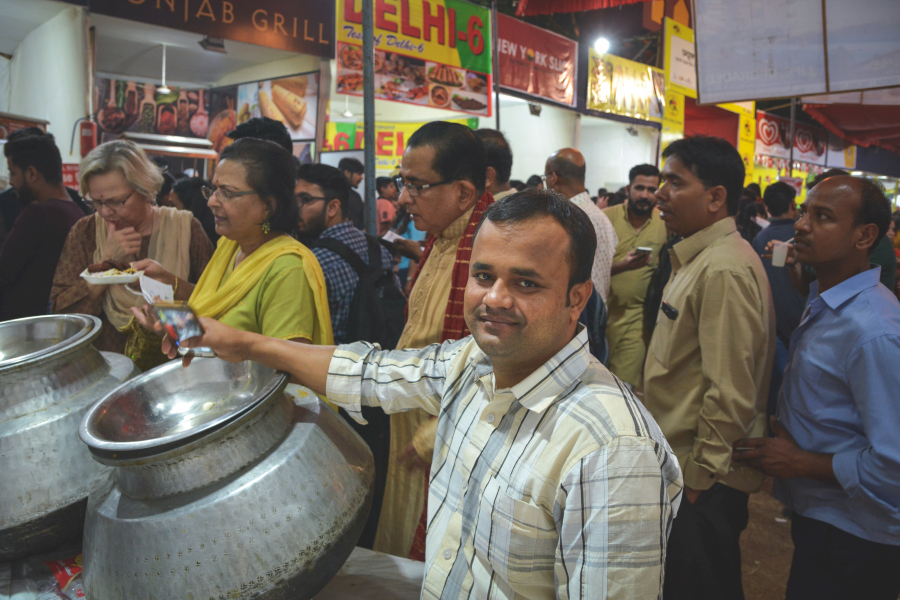 Saif, who even as a kid back in 1995 was often seen roasting meat over fiery charcoal, has become a manager of sorts of Ghalib. For some reason he has not aged, not grown. He came to work for Mr Qureshi in 1990. 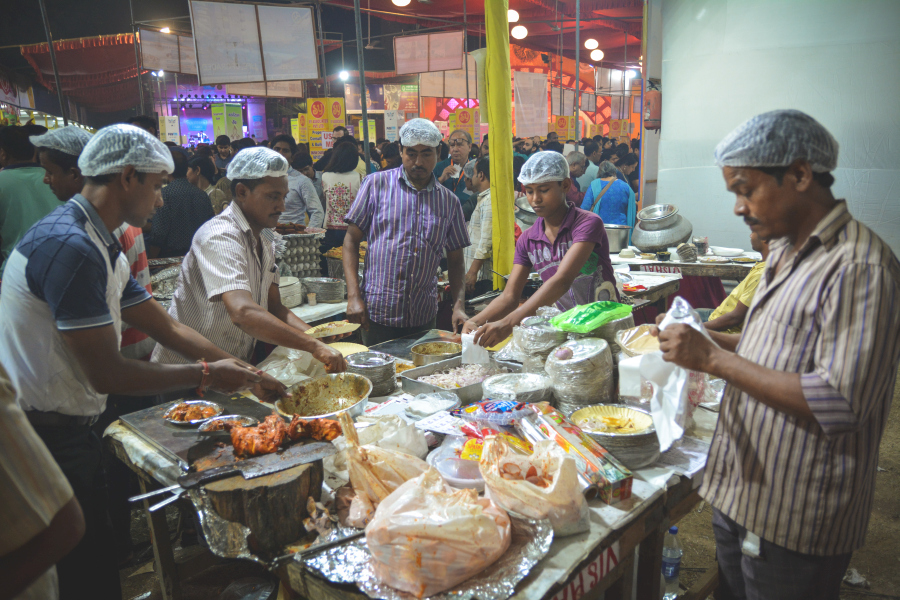 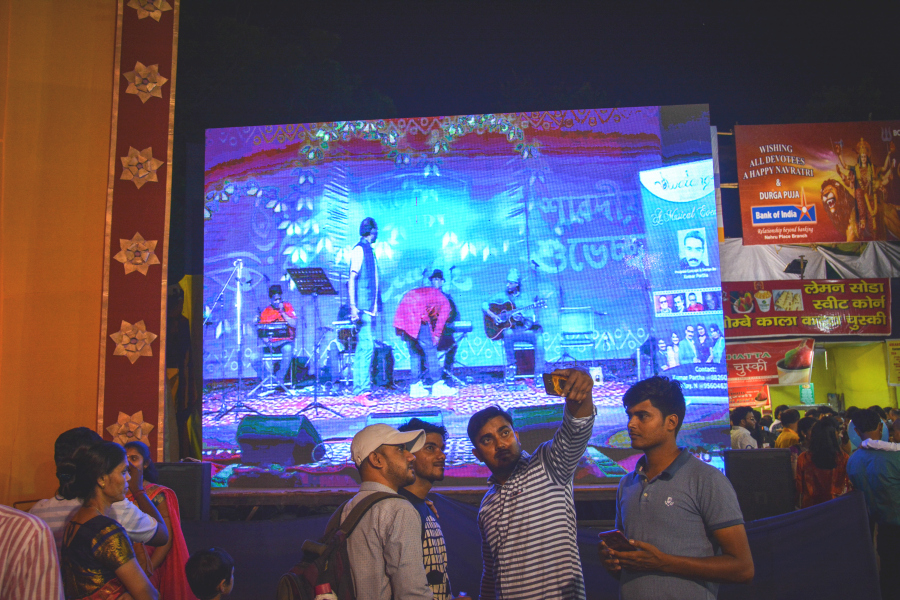 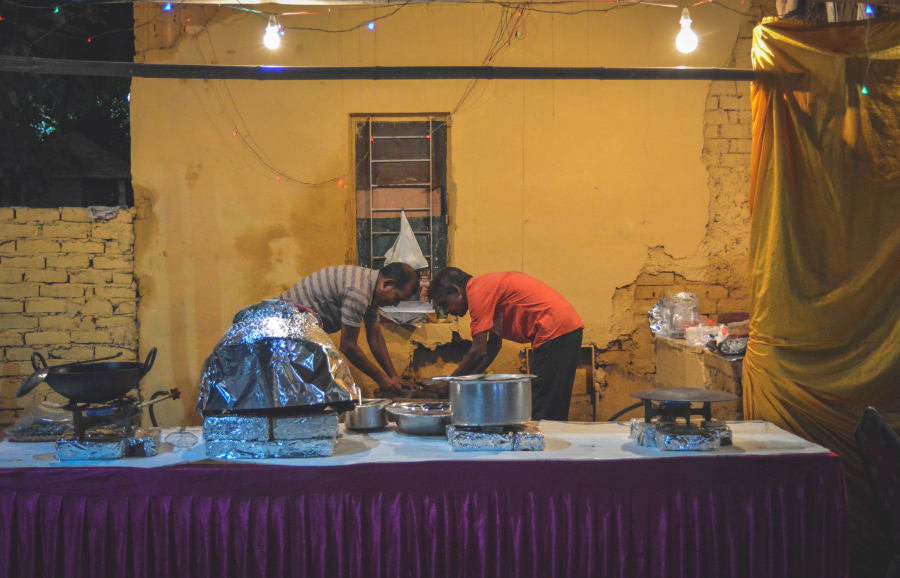 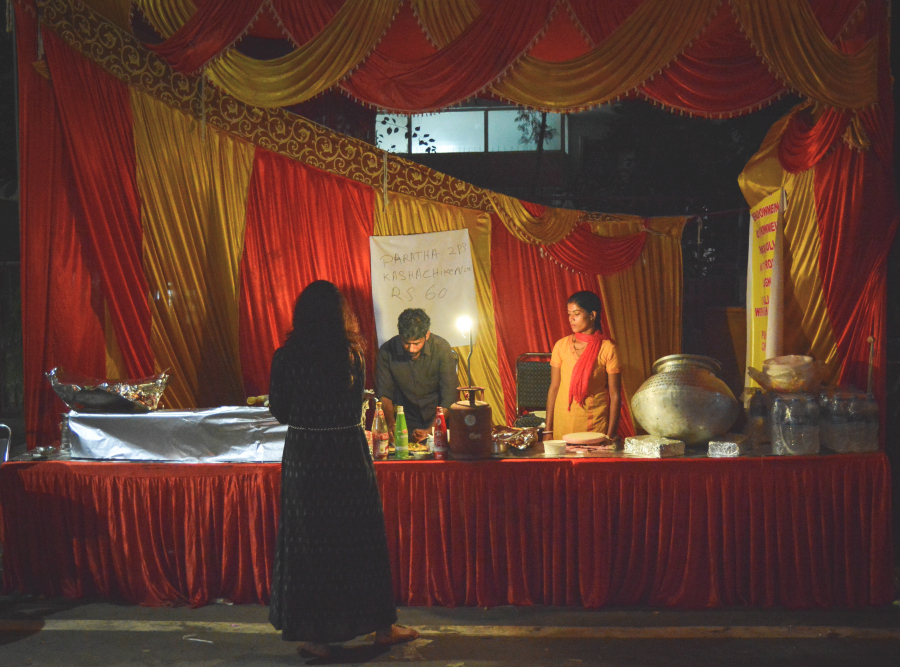 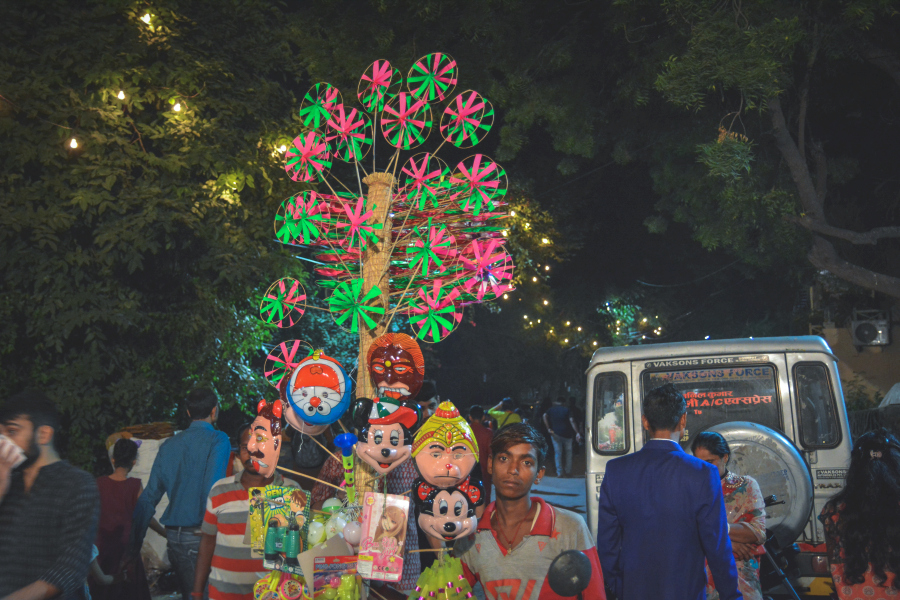 It's over. That's why that look on his face. 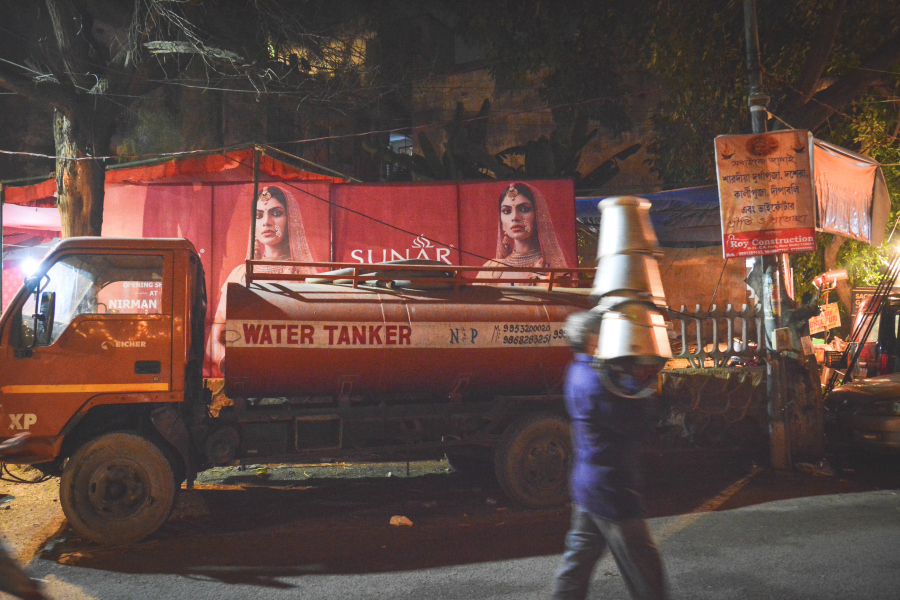 A man carries his bucket list of things to do till next year when Ma Durga returns. See you all.