1 am notes: Galouti kebabs at Zakir Nagar during Ramzan 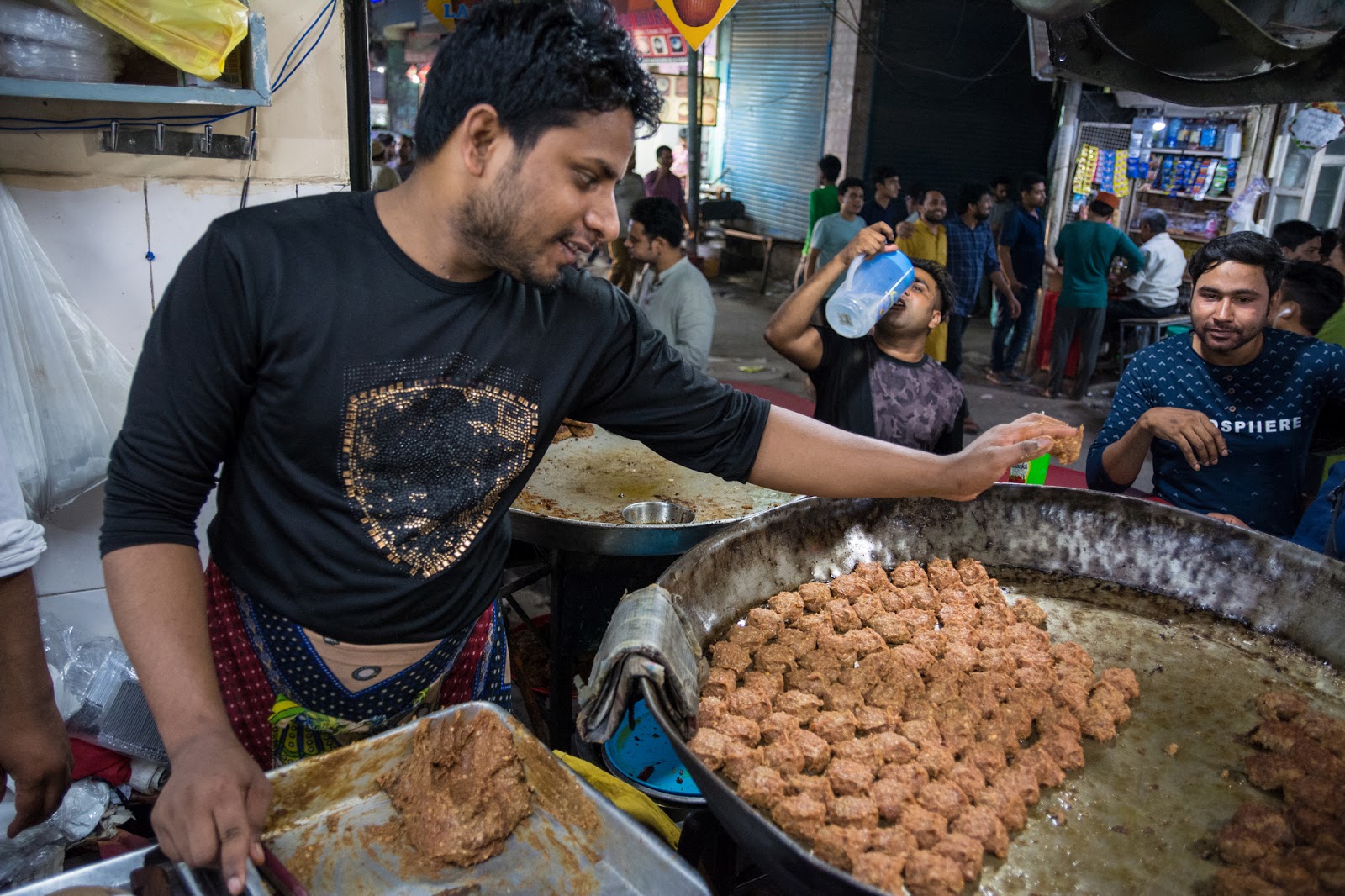 It’s noon at Zakir Nagar market around midnight during Ramzan. There’s hardly space to walk on the narrow lanes, about a kilometre from Jamia Millia Islamia university in south Delhi. After the day-long fast during Ramzan, hundreds of people come out for food at the same time. This sea of people appears like it would stop any moment to create a monumental human traffic jam, but somehow everyone moves in rhythm and one by one people disappear from the street inside their favourite eateries until you are left with no one ahead of you as the street ends on either side of the colony.

It’s not only the food but the price that is also mouth-watering here. The best “bade ke” (“buff”) galouti kebab you will find in Delhi costs only Rs 40 a plate at “Lucknowi Galawati Kebab”, the name of the restaurant. The accompanying mutton or chicken keema costs roughly the same and the quality and taste can stand up to any fancy place that charges much more.

Every eatery at Zakir Nagar enjoys bragging rights. There is no average place here. It’s either top or flop. For example, what appears to be a small roadside kebab stall is not your regular stall, despite its powerless look. It will serve you juicy kebabs in its signature style, and you will be forgiven for mistaking it as just another roadside business.

Old Delhi eateries have their own strength and stories, mostly fuelled and patronised by the media over decades. But Zakir Nagar market is actually a residential area, and the people who run the eateries are the ones who would be selling to their neighbours and their neighbour’s neighbours and so on - while Old Delhi is a marketplace that leans on mass market enterprise than on the neighbourhood. That’s why the quality of food at Zakir Nagar is closer to home-style and authentic as the consumers are mostly the residents themselves, and people like us who visit this place get the benefits.

All the top eateries are located on a single main street at Zakir Nagar market. The trade names of the eateries are sometimes not known. Divyanshu Dutta Roy, a Jamia graduate who lived near this colony during college days and frequented the eateries, says the names are passed down from friend to friend, acquaintance to acquaintance. “Everyone who frequents this place has their favourite. Like yahaan pe changezi khaana, yahaan pe buff tikka… So it's a very informal word-of-mouth approach to locating things,” he says. “Sheermal I know is some Haji ji from Meerut. Tea you can put Irani Dum Tea…”

How to reach:
Metro - Take the magenta line, and get down at Jamia Millia Islamia university station; Zakir Nagar market is 1 km away.
Private vehicle - Find a parking spot outside Ashoka Park at New Friends Colony. Walk or take a rickshaw from there to Zakir Nagar market, 1 km. Road repairs are going on and you won’t find parking space inside the colony.
Cab - Get down here. 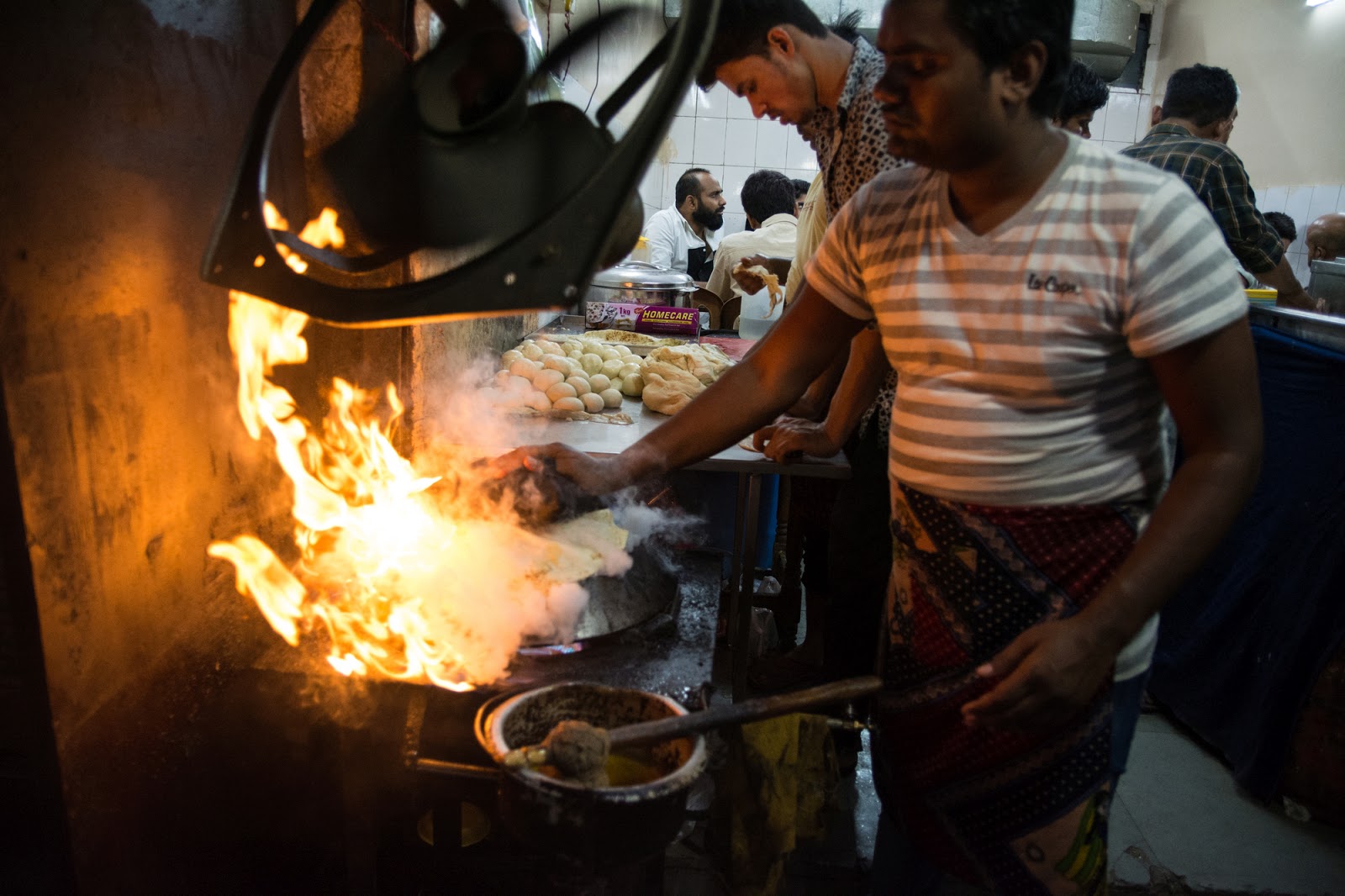 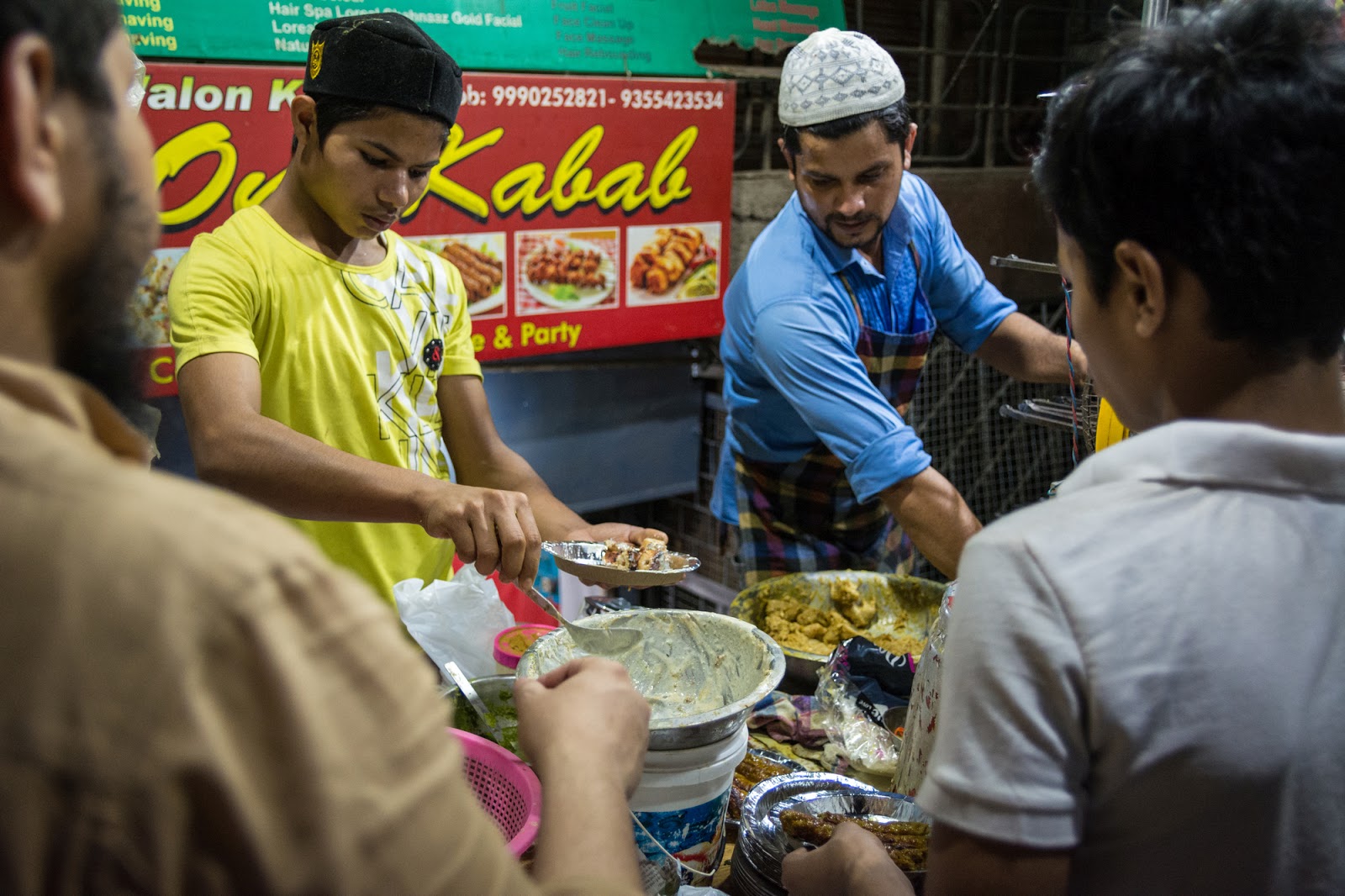 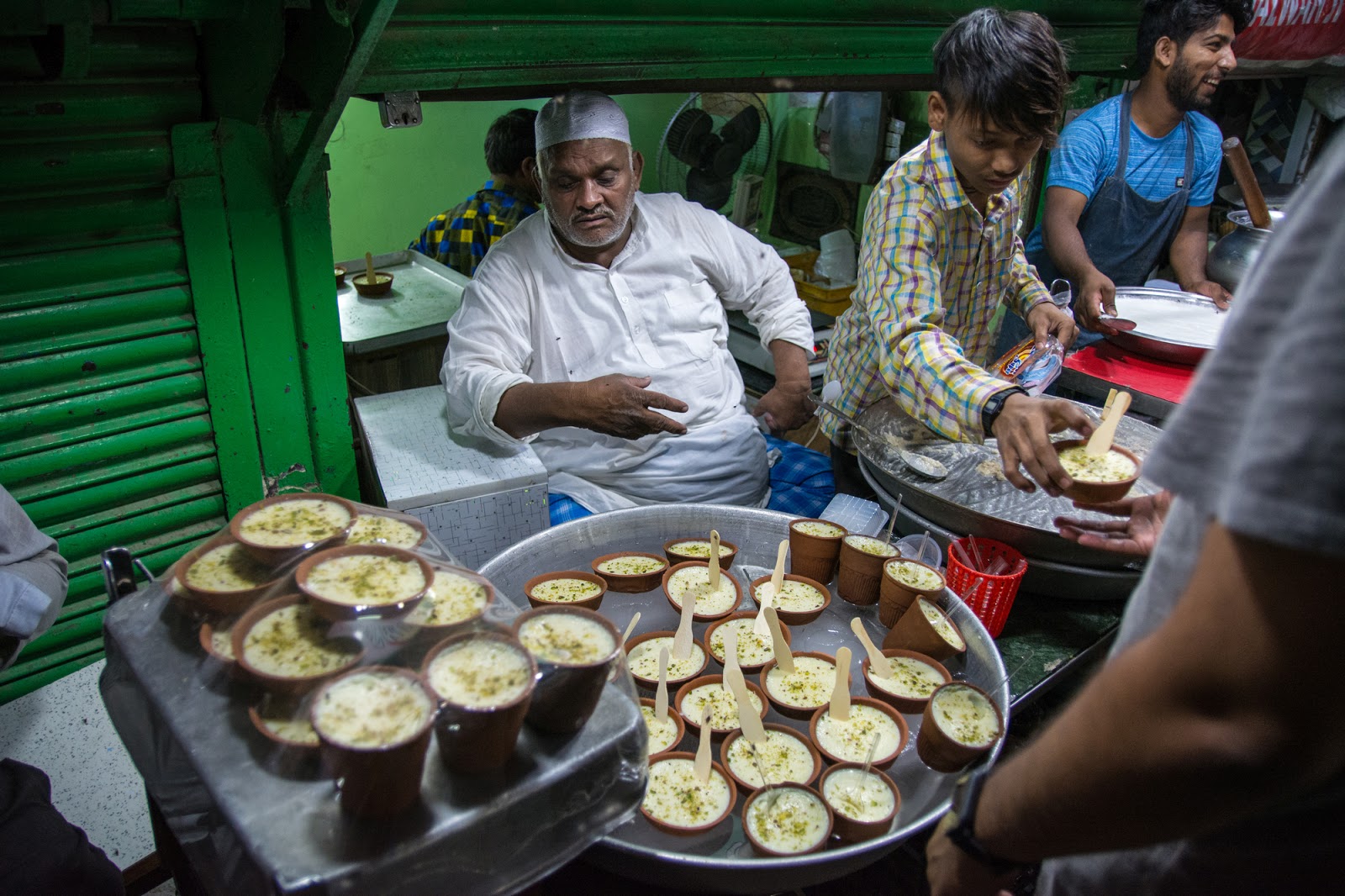 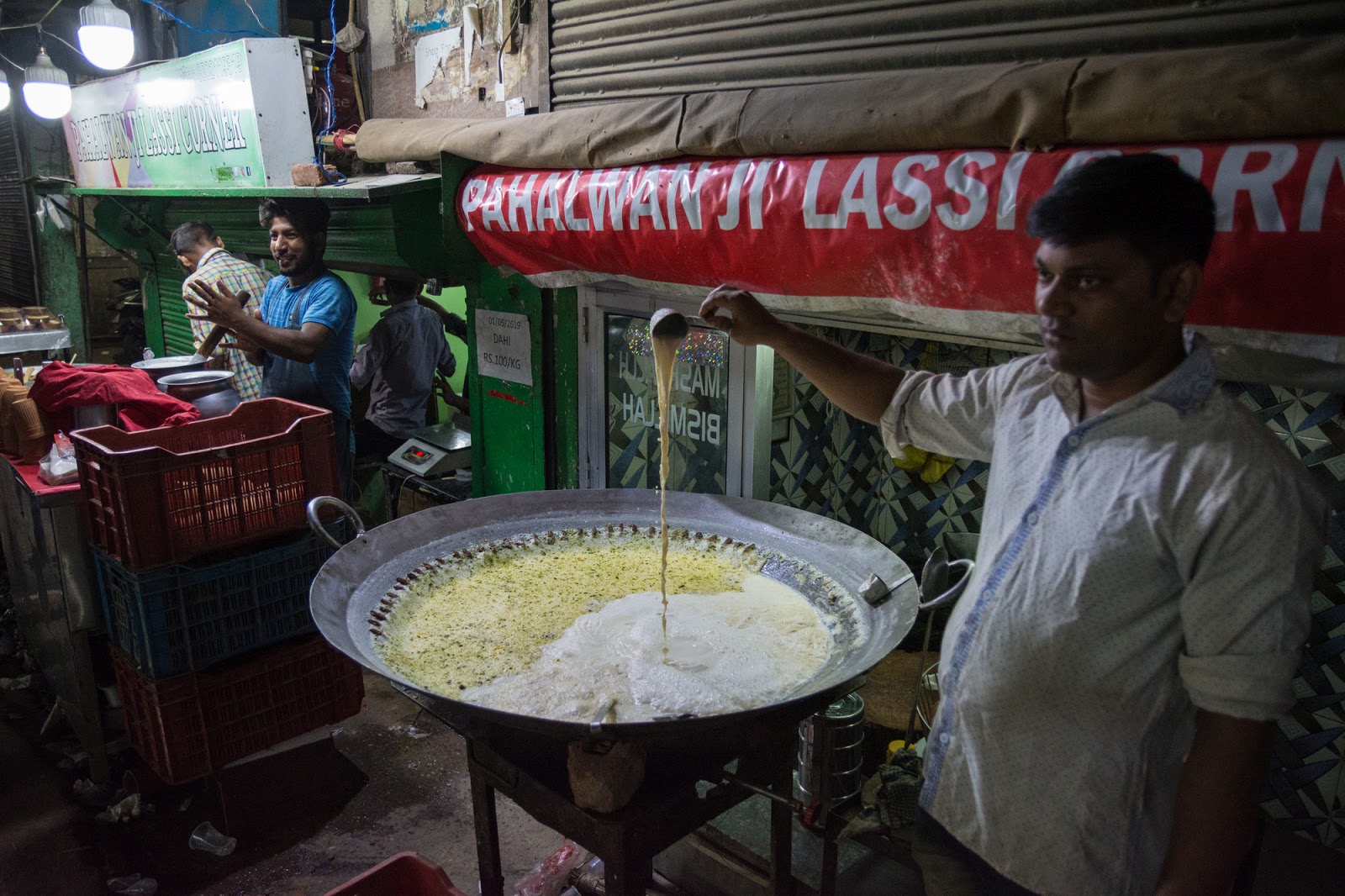 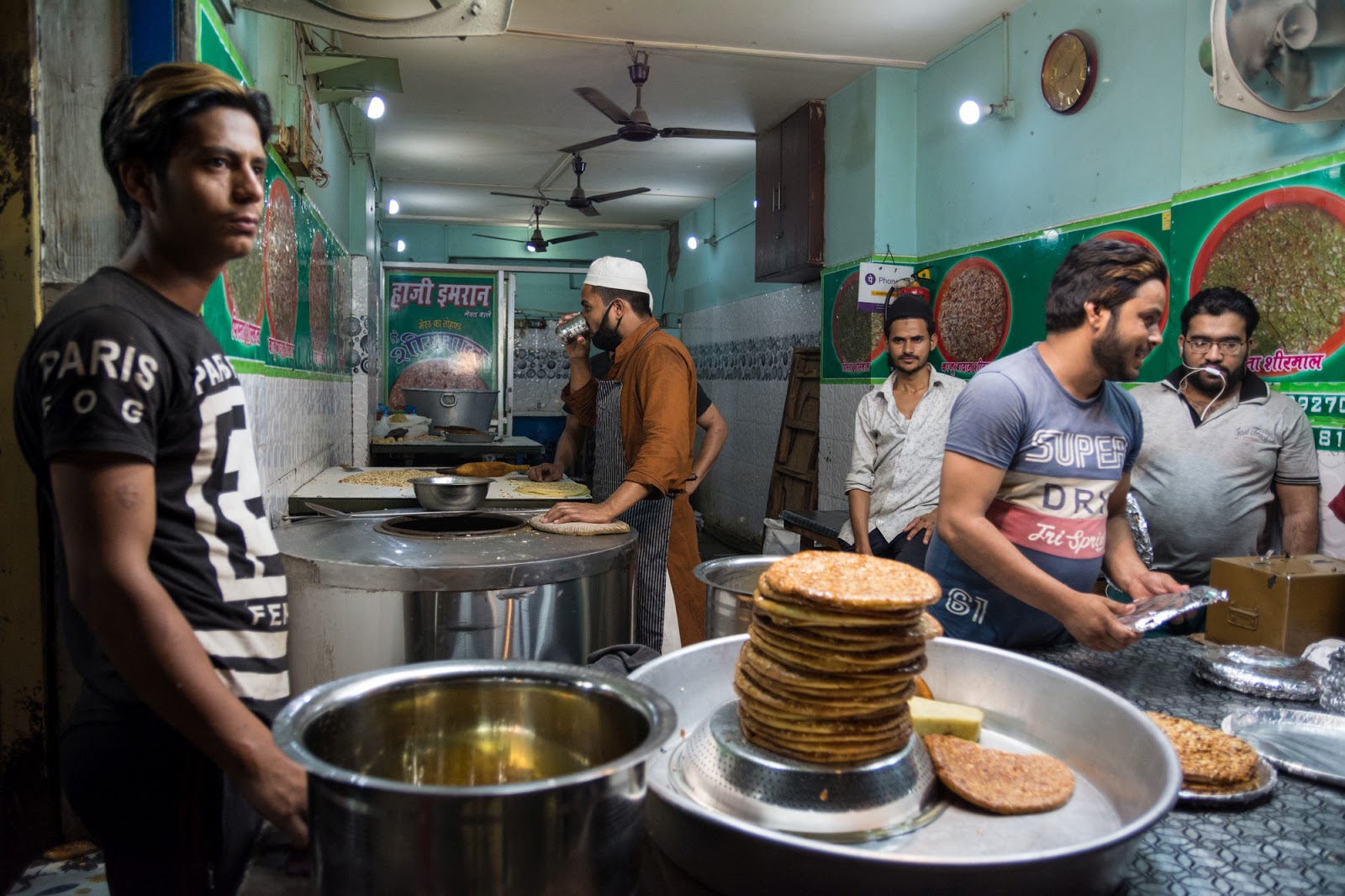 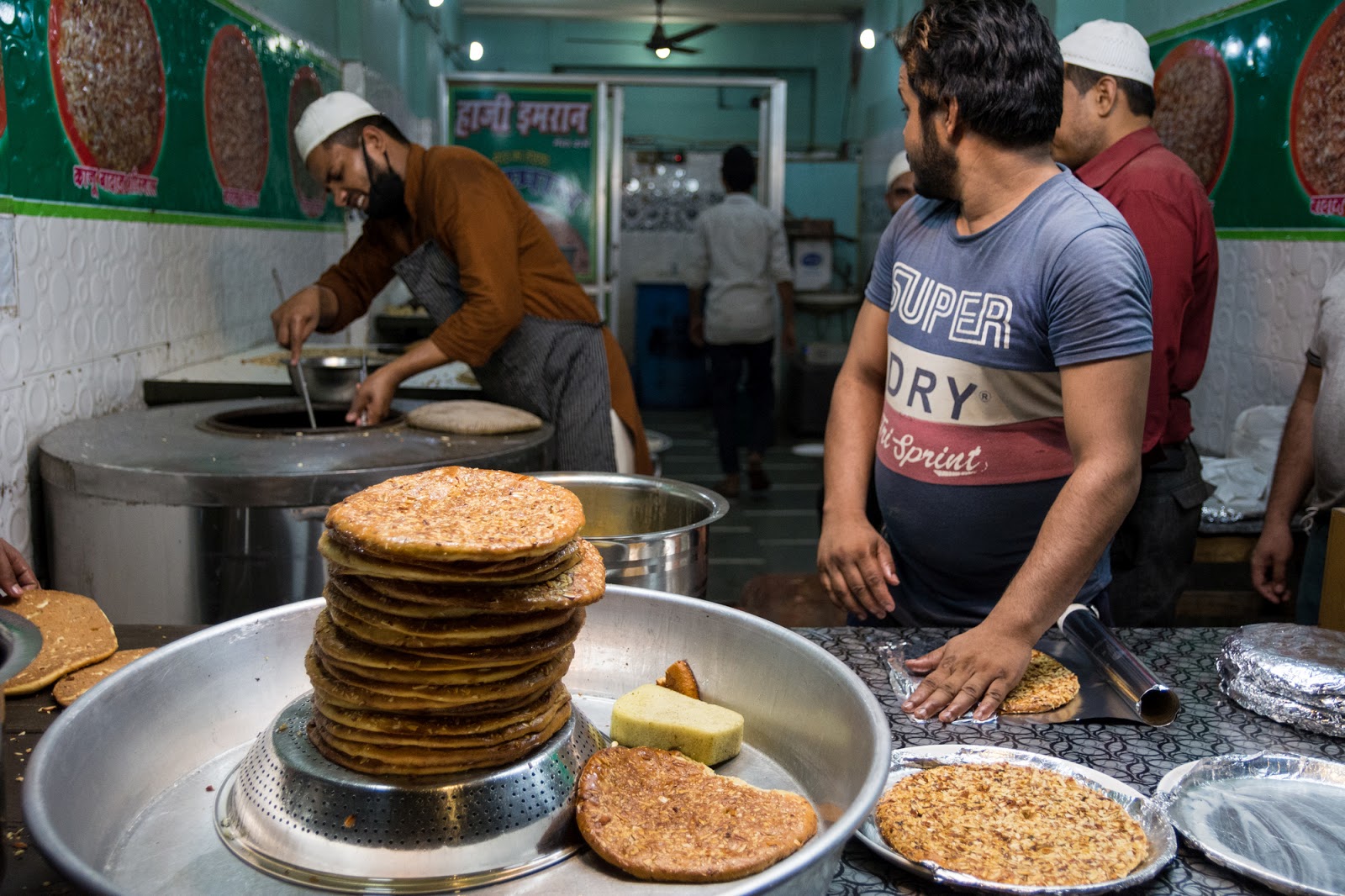 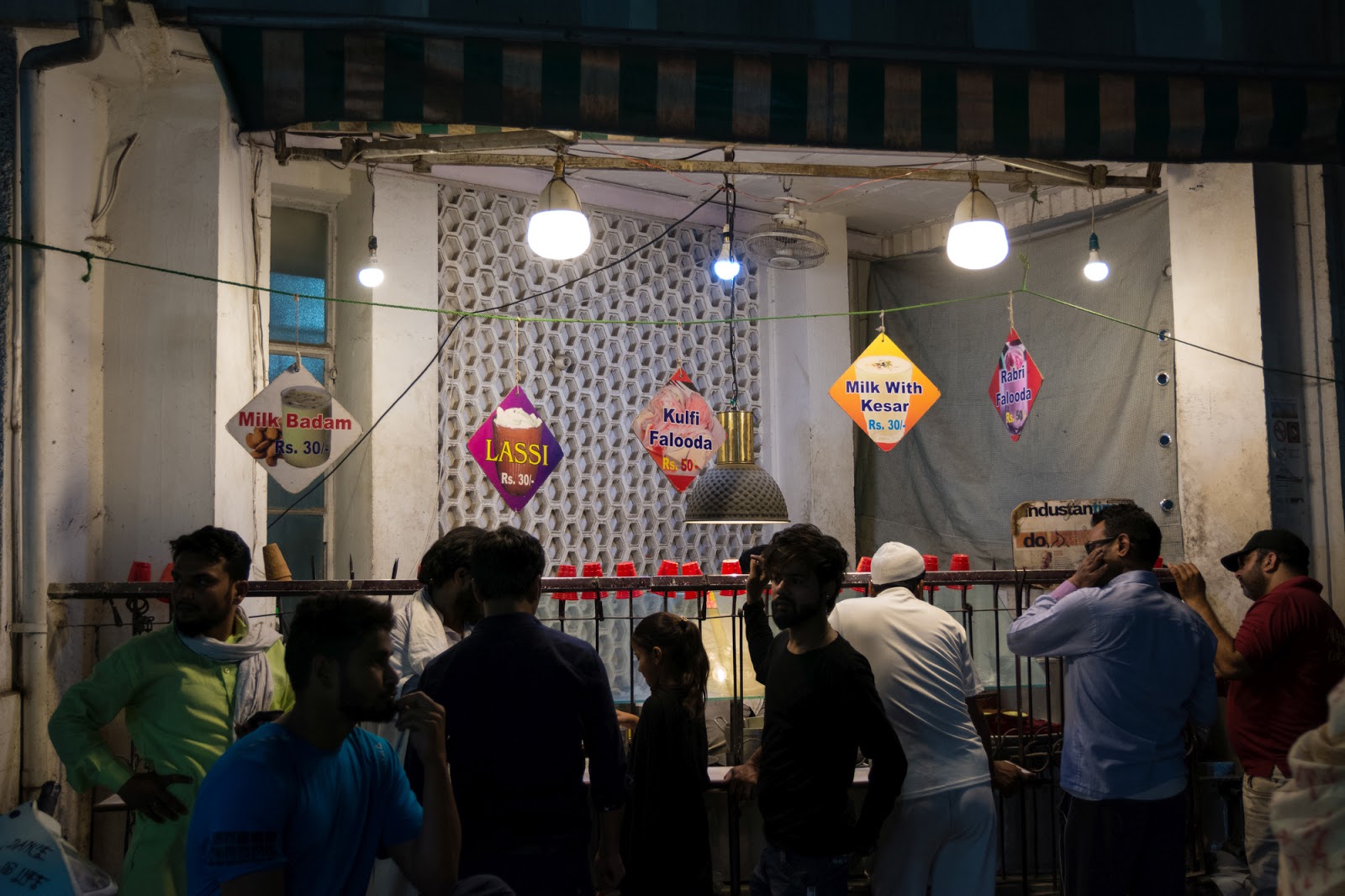 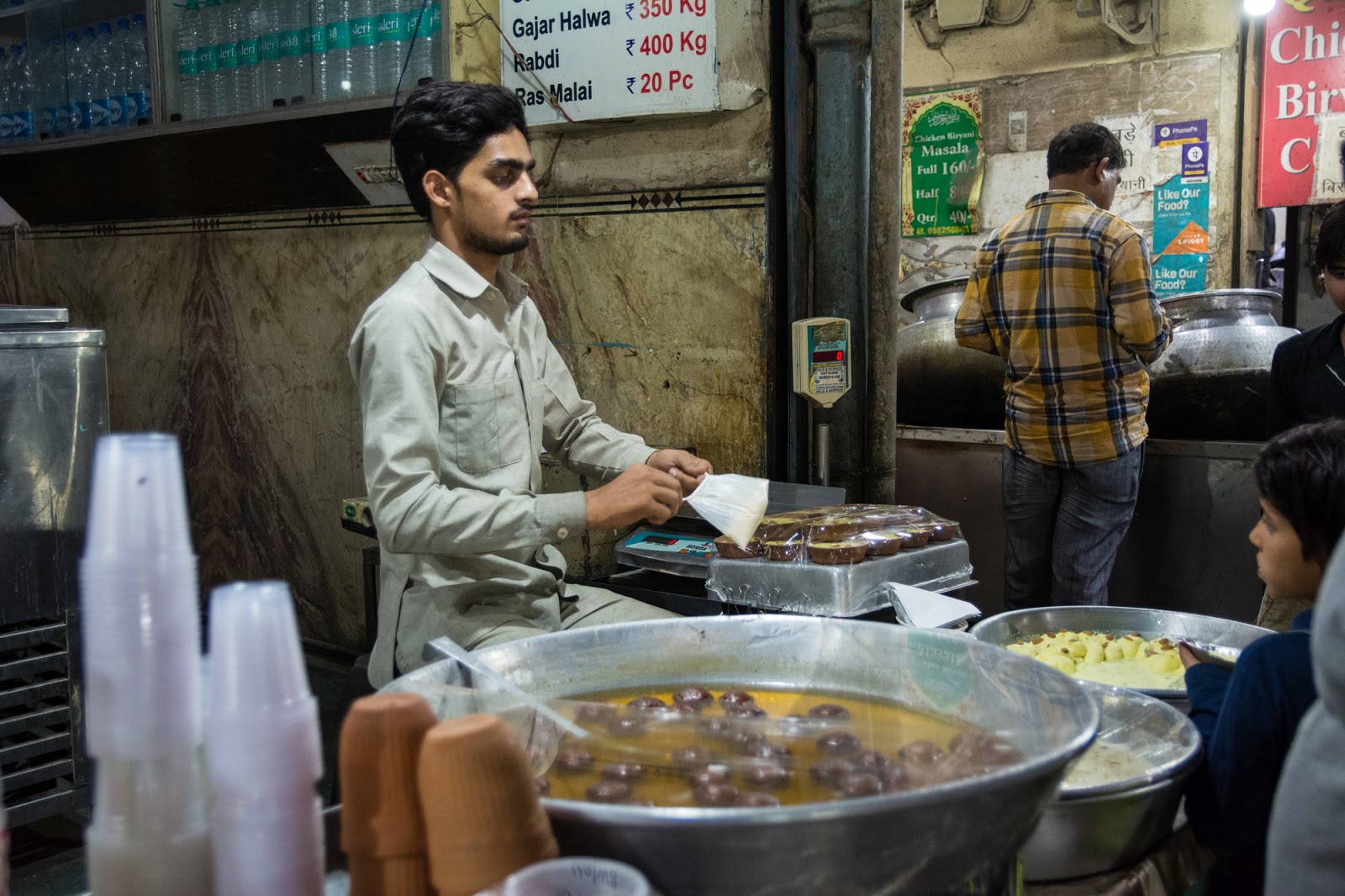 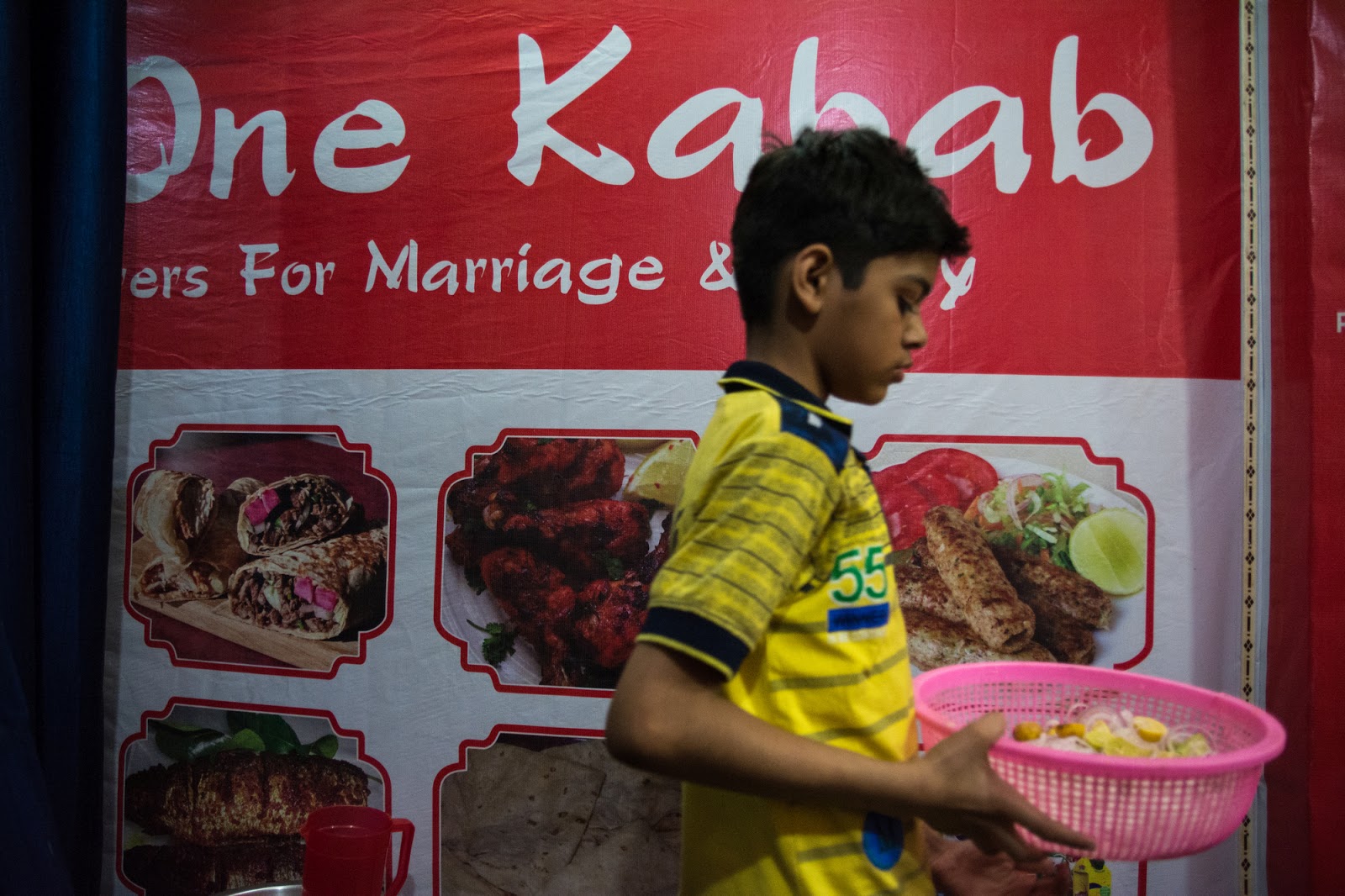