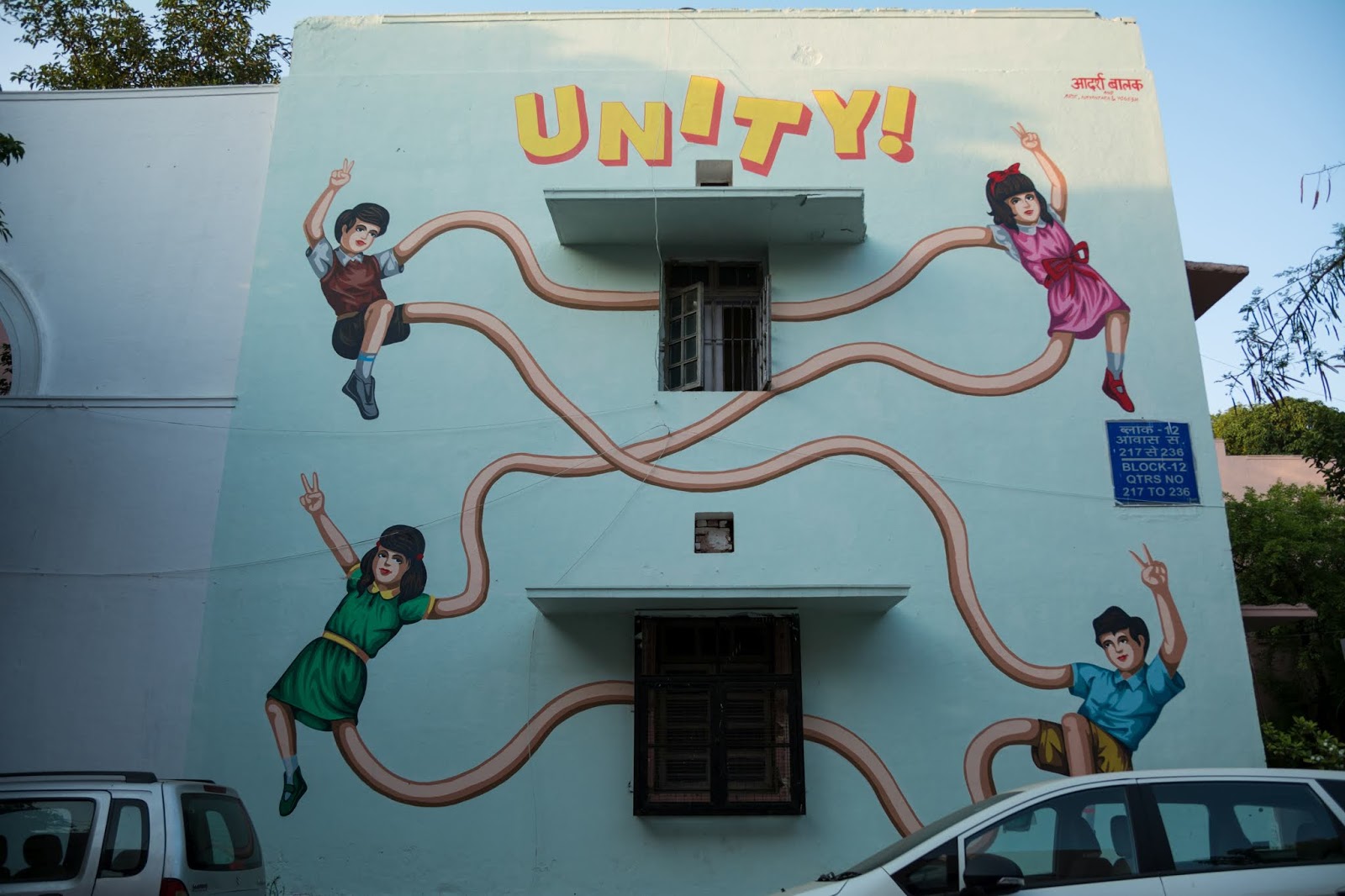 It’s closing time at the Lodhi Art Festival 2019. These two murals - “Adarsh Balak” and “Gracious Heritage” - are among the last and freshly painted ones at south Delhi’s Lodhi Colony. Artists associated with Start India Foundation (St+art India) have painted over 55 murals on the walls of the government quarters.

“Adarsh Balak” by Priyesh Trivedi (top)
According to St+art, “Adarsh Balak” is Priyesh Trivedi’s first public art piece. Referencing characters from old educational posters that are now largely recognised as his signature style, Mr Trivedi creates a satirical piece that looks at the concept of ‘unity’ in society. 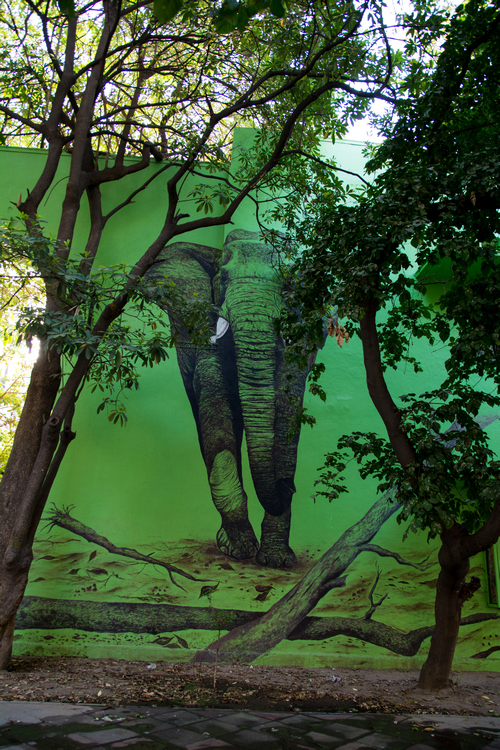 "Gracious Heritage" by Majili Art Forum
Delhi-based Majili Art Forum promotes local artists through exhibitions, talks and workshops. Fifteen artists from the collective came together to create their first large public mural. Mindful of the pockets of greenery in Lodhi Colony and Delhi at large, the artists created a mural using the trees in front of the wall to create a forest-like image. Drawn on dark green background, Asian elephants emerge as a symbol of endangered species creating a giant yet soft presence within the piece. 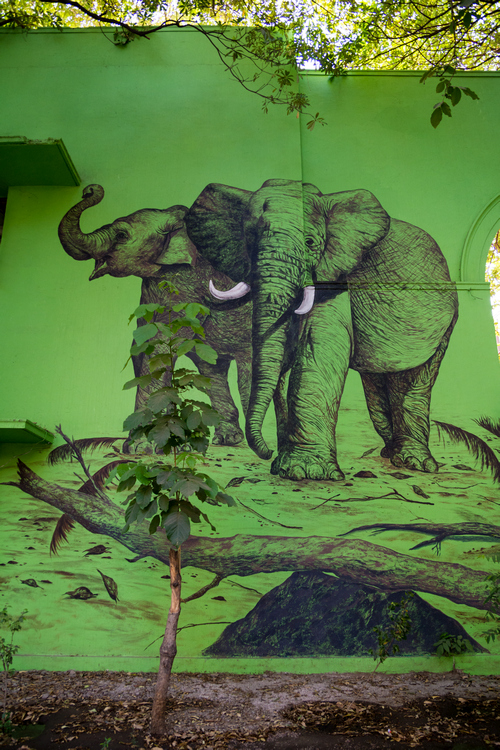 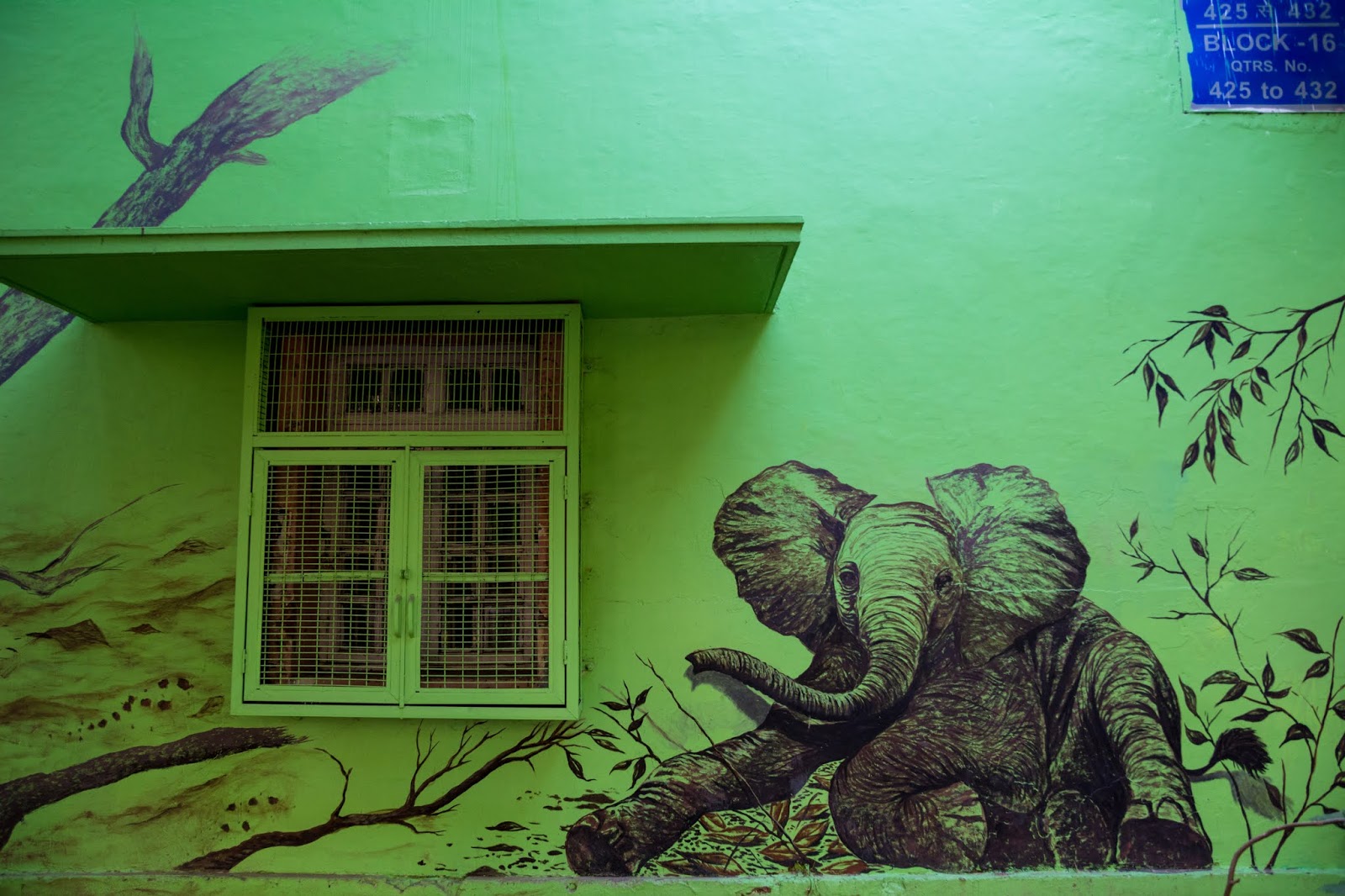 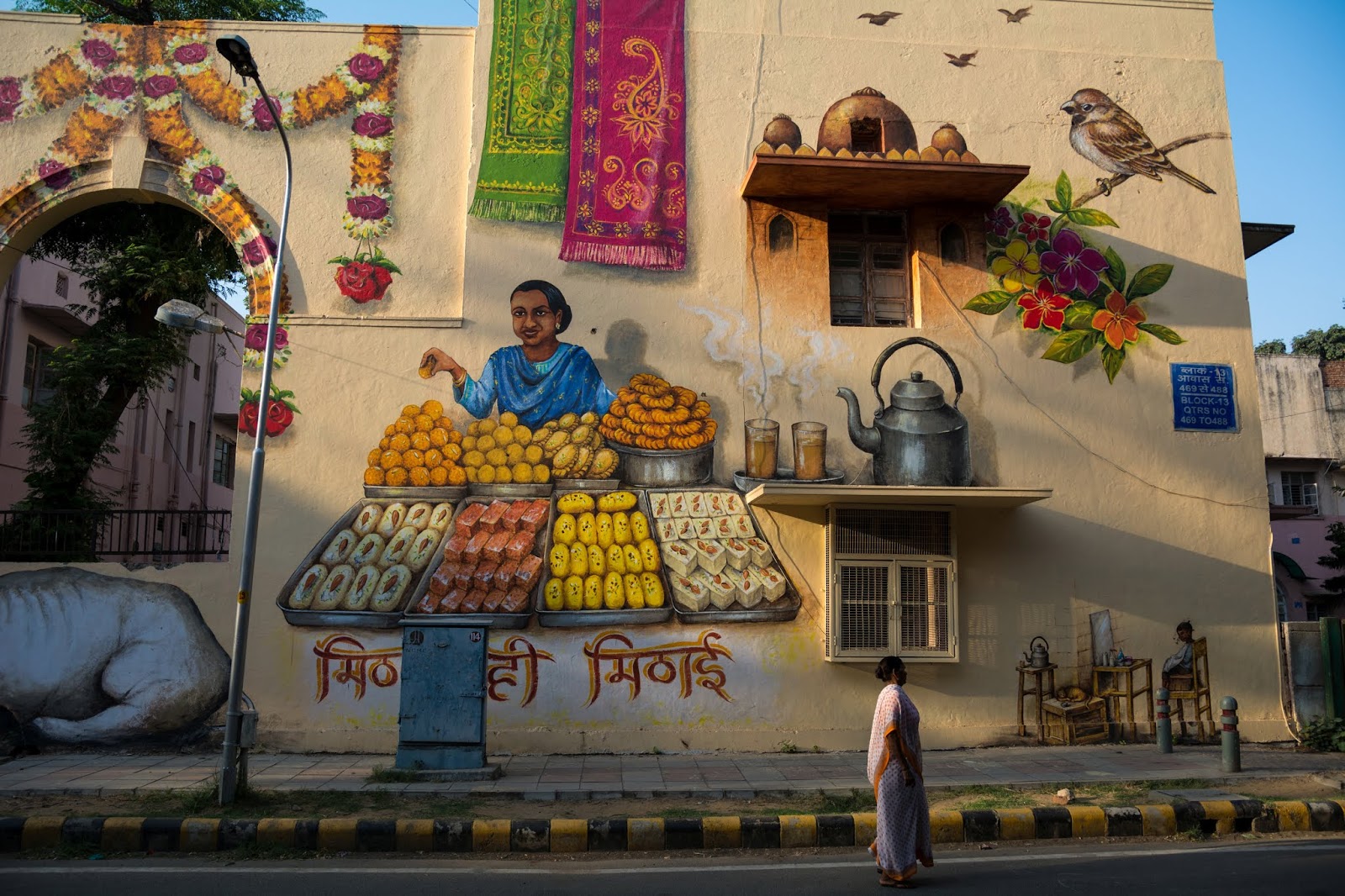 And this one is my favourite.

"Impressions of Lodhi" by Yip Yew Chong
I have photographed almost every mural at Lodhi Art District - over 55 of them - and new ones as well whenever they were freshly minted, but haven't seen anything extraordinary (all of them are good, obviously) as the one made by Singaporean street artist Yip Yew Chong. It's essentially how a person from outside the country sees India. The sparrow and the 'barber shop' make it an accurate pan-India representation; the rest of the symbols could be regional.

"I was very glad about the choice of design concept because I had noticed the locals were able to immediately connect with them. Though there were many beautiful murals in Lodhi, they told me this is a rare one that focused all about them," says Yip Yew Chong.

"I also painted a little barber shop at the bottom right corner of the large wall. Unlike the other larger-than-life images, the barbershop was painted life-sized. A boy sat on a raised chair having his hair cut; however, the barber is missing. As expected of the reaction, the locals and passers-by immediately knew they they had to 'fill in' as his barber. The locals had fun posing for photographs," he says. 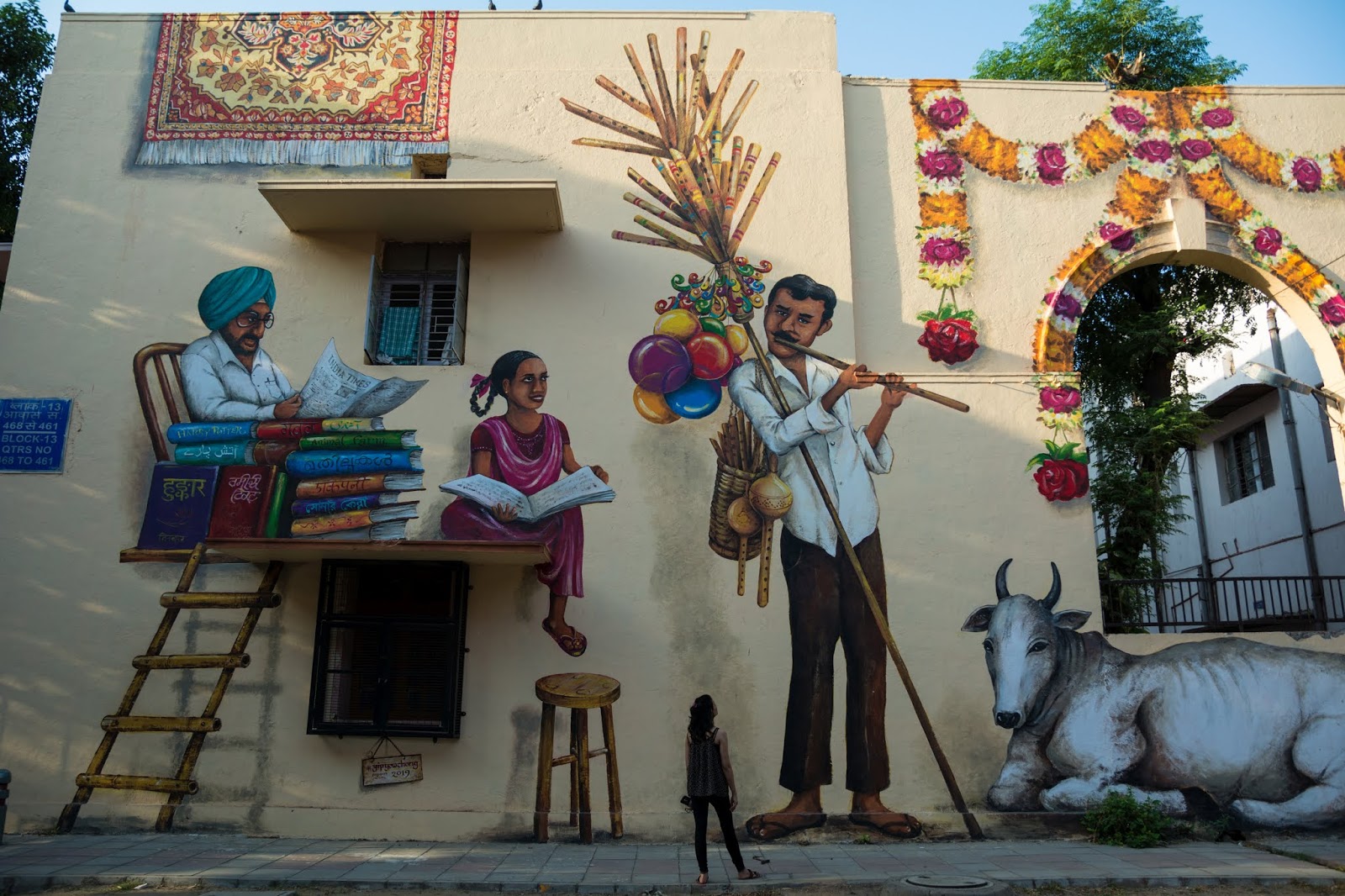